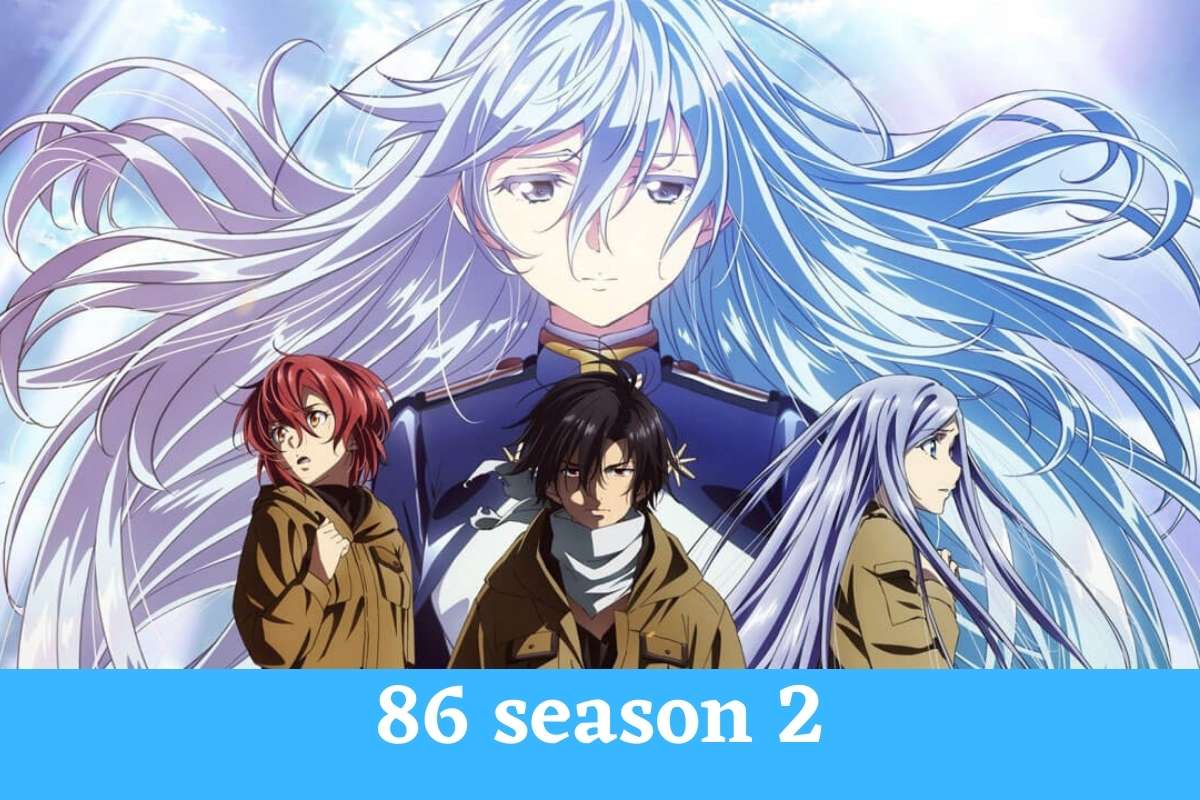 ’86’ or ‘Eiti Shikkusu’ is a science fantasy anime based on a Japanese light novel series authored by Asato Asato and portrayed by Shirabi. The plot centers on the Republic of San Magnolia’s conflict with the Empire of Giad.

The San Magnolians think that both their government and the adversary are waging war with mechanized drones, which has resulted in zero civilian casualties.

However, the fact is rather different. The republic compels members of the Colorata community who are disenfranchised to operate its Juggernaut drones.

At the beginning of season 1, Vladilena “Lena” Mirizé, a San Mangolian major from the majority Alba community, is appointed commander of the Spearhead Squadron and begins partnering with Shinei “The Undertaker” Nouzen, the squadron’s battlefield leader.

The anime takes its title from the 86th District, the Colorata community’s detention camp location. As a result, members of the group are sometimes known as 86ers.

Following its release, the anime garnered largely excellent reviews, with critics complimenting the show’s animation, deep characterization, and narrative, which tackles problems such as xenophobia, ethnic disenfranchisement, and child soldiers.

If you’re curious about the release date of the upcoming season of ’86,’ we’ve got you covered.

86 Season 2 is scheduled to premiere on October 2, 2021, overlapping with the Fall 2021 anime season. The second season will be released in four Blu-ray/DVD sets containing all 12 episodes.

Here is the official cast and characters of 86 season 2:

In episode 11, the Spearhead Squadron’s five remaining members face up against a Legion force. During the subsequent combat, all but one of their Juggernaut drones sustain heavy damage, forcing them to abandon them.

Even Fido meets the same fate, explaining the previous episode’s happenings. Shinei later uses the last Juggernaut drone to assault another Legion unit, trying to gain time for others to flee.

On the other hand, Raiden, Anju, Kurena, and Theo join him in the conflict and are ostensibly slain. In the post-credits sequence, a young Shinei meets Shourei and leaves with him in an alleged dream before his death. Shinei’s severed body is shown in the final scene.

Meanwhile, in the Spearhead base, Lena encounters Lev. The cat that resides there directs her to a drawer where the Spearheads had left her a note begging she adopt the cat.

Additionally, there is a shot of the Spearheads during their heyday. Lena resolves to continue fighting for the 86ers as a handler after becoming vibrant and inspired.

The special episode will disclose what happened to Shinei and the other survivors, regardless of whether what we saw in episode 11 is true. Additionally, we may learn about the origins of Shepherd’s cry, which calls out for a princess.

If the crew survives, they will find their way to the Federal Republic of Gilead, a nation that was formerly an emperor until the Imperial family was toppled.

Shinei and the others may find momentary solace there before joining Gilad’s attempts to eliminate the Legion’s Morpho railgun unit. Lena and Shinei will almost certainly meet in person for the first time throughout the season.

Check out the 86 season 2 trailer here:

How Many Episodes Will 86 Season 2 Have?