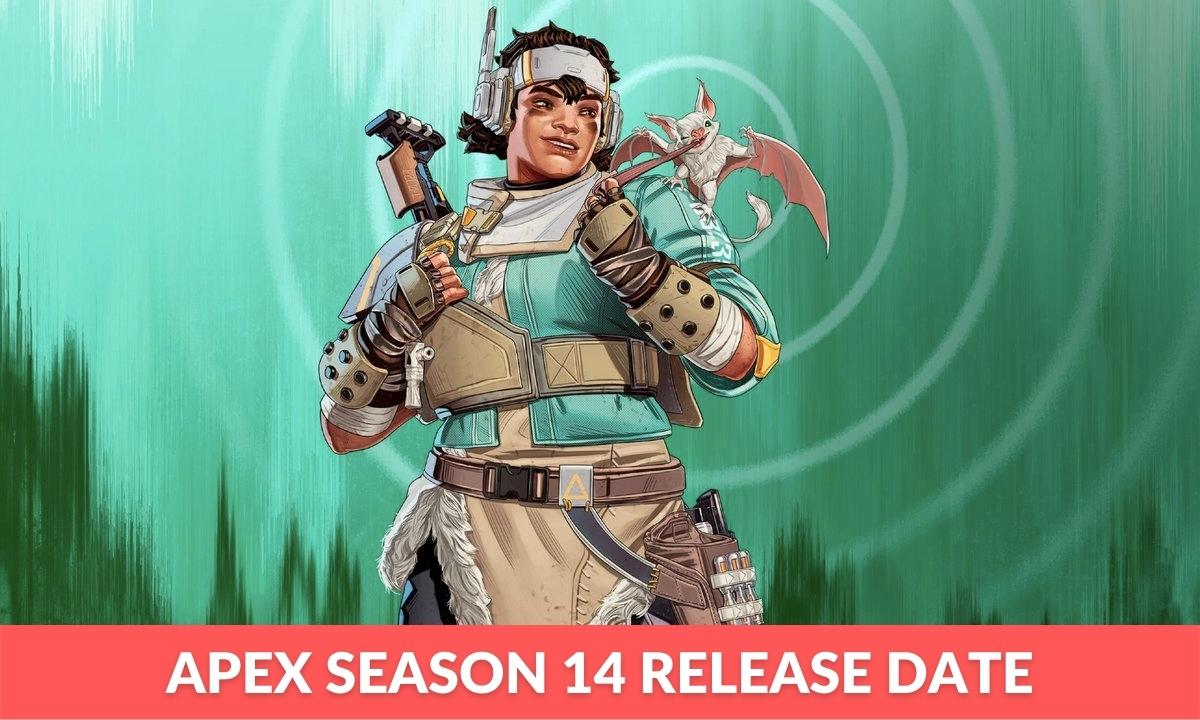 Seasons in Apex Legends are Respawn‘s primary technique for introducing new goods and rearranging existing ones. The matching process has hampered the current season. Fans have been inquiring about when the next season will begin and what the makers have planned for it.

Apex Legends has quickly become one of the world’s most popular video games. EA and Respawn have altered how battle royales were traditionally played, resulting in the game’s favorable reaction.

Each season adds its additions, such as new legends and game types, to keep things interesting. All players must access the most recent information so they do not miss out on any content and consequent incentives.

Season 14 of Apex Legends launched on Tuesday, August 9th, 2022. On that day, the Hunted update and its new features were released.

Respawn, or EA has yet to announce the precise launch time for Apex Legends Season 14; based on prior experience, we anticipate the new content will be released around 6 pm in the United Kingdom. Hopefully, we will not have to wait much longer!

Early Season 14 patch notes for Apex Legends are abundant on this page, with Respawn providing a rich crop of information ahead of the update’s release.

Respawn has announced a “reforged” Kings Canyon map, a raised level limit, and a new battle pass for Season 14 on the game’s official website (click that link to check for yourself). In addition, the creators have stated that the update would address “many issues and poor end circles.”

The increased level cap in Apex Legends may be the greatest advantage for long-term gamers. This modification would effectively boost the game’s level maximum to a staggering 2,000 by permitting players to cycle through levels 1 to 500 four times.

The latest important point of interest is Relic, which aims to prevent the map from feeling too small and “bring back game experience that many players adored from the initial Kings Canyon, but with a POI more adequately sized for the map’s general health.”

Existing sites of interest, such as Cage, Hillside, and Relay, have also been modified, which should help the Kings Canyon map feel more current. Changes have also been made to rotations and treasure drops, as well as the lighting and graphics of the map. You will also see a new elevated walkway, two new staircases, and two new zip lines.

Following the departure of Newcastle during the previous season, a new Legend has joined the squad.

Vantage, a new sharpshooter, has joined the lineup with a unique ultimate compared to the previous Legends. Sniper’s Mark is a sniper rifle that may be fired at any moment without requiring a full charge as long as it has ammunition.

Each strike deals 50 damage and marks the target with a crimson glow. Subsequent strikes from the Vantage sniper will cause 100 damage, and teammates will also receive additional damage for striking the marked foe.

King’s Canyon is redesigned during Season 14 of Apex Legends. It has been modified with new lighting and a skybox with additional color.

In addition, there is a new point of interest called Relic, which consists of a series of twisting zones with structures and sand. This is intended to foster 1v1 combat and discourage third-party ambushes.

Check out the Season 14 trailer for Apex Legends to get an overview of what’s new and a taste of gameplay following the update.