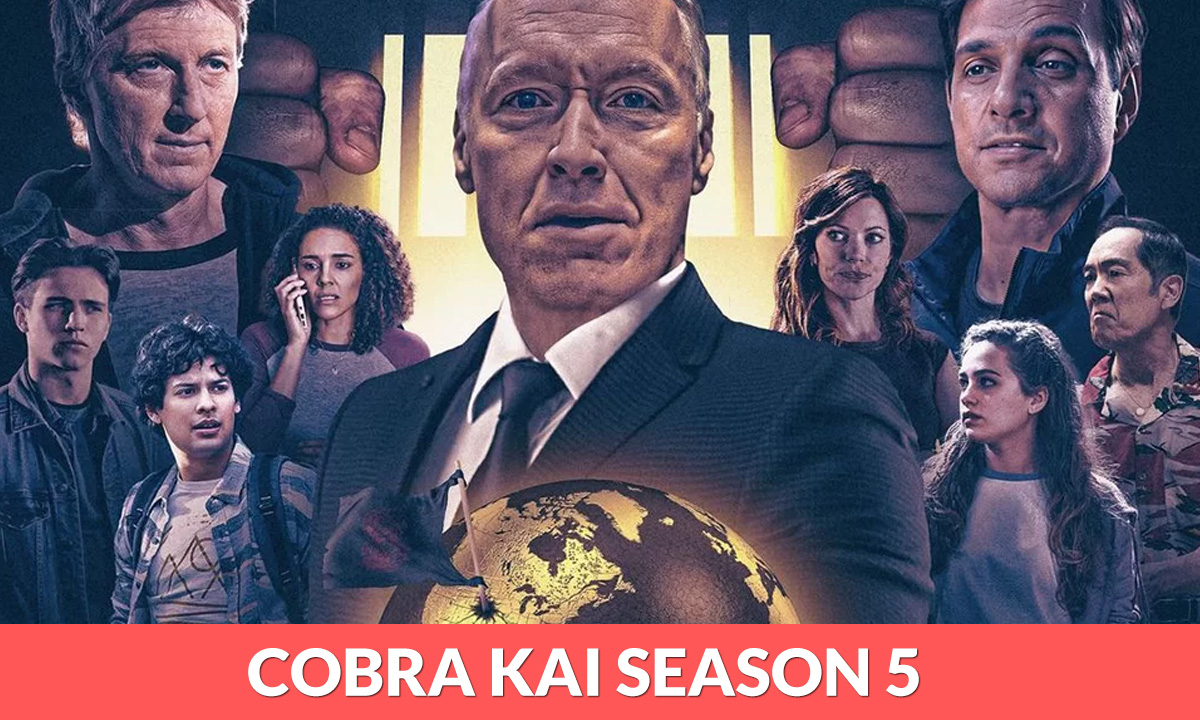 Probably one of the most popular Netflix shows, Cobra Kai is loved by many subscribers, and they are eager to learn as much as possible about season 5 as soon as possible.

Despite its beginnings on YouTube, the show has quickly become a force to be reckoned with on small screens worldwide. The show has not only managed to outperform its competition but also gain recognition from the Emmys, as the now Netflix Original has been nominated for four awards, kicking it past the mere status of a simple reboot to that of a contender with a fighting chance.

However, we have mentioned all the scenes’ details, including the Cobra Kai season 5 release date.

There is going to be a new season of the show coming out on Netflix on September 9, 2022. Since Season 4 just debuted in December 2021, the arrival of Season 5 is quite a surprise, as Season 4 only debuted a few months ago.

The Karate Kid saga will soon return, and we are thrilled to be able to see it sooner rather than later. Cobra Kai is one of the most anticipated series on Netflix.

As far as the main cast of Cobra Kai is concerned, we can expect them to return for the fifth season of the show, which includes:

During Season 4 of Cobra Kai, there was a lot of action in the season finale, and it seems that Season 5 will also have its fair share of action.

In terms of the plot synopsis, we’ll be watching what happens to Miguel as he sets out to find his father and what happens to Johnny and Robby’s newly-mended relationship as they travel together.

In the end, Daniel and Chozen will be teamed up, but they will no longer need to worry about Kreese. Additionally, we look forward to seeing what happens between Miguel and Sam in the upcoming episode.

One of the other co-creators of the show, Jon Hurwitz, revealed that season 5 is going to be “insanity,” as he says that “the story is going to go in a new direction that no one could predict.”

In addition, he teased that “maybe some familiar faces show up on the screen, or maybe not,” if you are a Karate Kid fan. It would be an entertaining way to continue Cobra Kai’s fun story if the characters from The Next Karate Kid, which featured other big names such as Michael Ironside, Chris Conrad, and Walter Goggins, were to appear in the sequel to Cobra Kai.

Julie could also form a new faction, adding to the drama of the series by adding another layer of intrigue.

The official trailer for the series has not yet been released. Netflix, however, constantly teases the upcoming new show, so stay tuned here for more information as it becomes available.

As of now, there are no official announcements regarding the trailer for Cobra Kai Season 5; however, there have been several teasers released by fans.

However, we have mentioned the trailer link for season 4 of Cobra Kai to keep you updated.

Where To Watch Cobra Kai Season 5?

The series Cobra Kai has undoubtedly been one of Netflix’s most anticipated television shows in recent years. It is pretty evident that whenever the fifth season of Cobra Kai is released on Netflix, it will appear there as well, as all the previous seasons are already available on Netflix.

According to a recent interview with Screen Rant, Josh Heald explained that the show would not end any time soon. There is no doubt that Season 5 will not disappoint all of the fans out there.

Regarding the hype surrounding Cobra Kai season 5, there is no doubt that it is one of the most anticipated series of recent times, and fans are eagerly awaiting the new season.