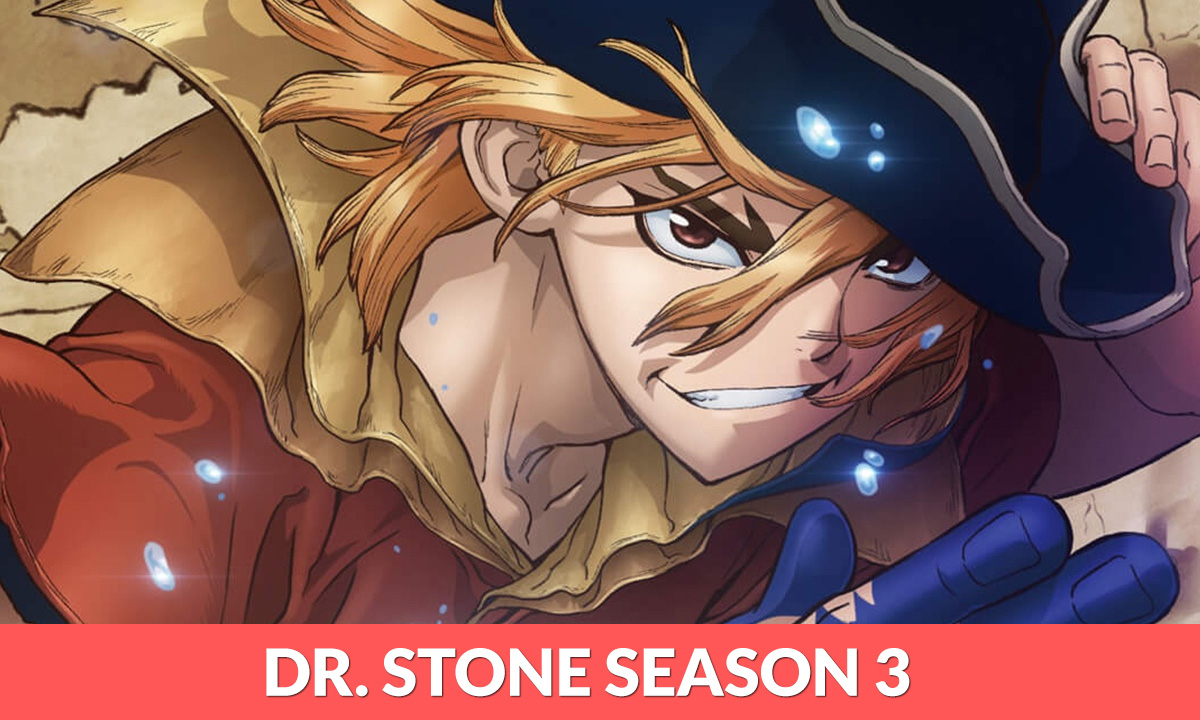 There is no doubt that Dr.STONE is among those shonen anime series that have never achieved the popularity of the “Big Three” or even the “New Three.” However, it still has a devoted fandom and has received critical acclaim over the years regardless of its age.

Having just finished the manga – on March 7, 2022 – after five years and 25 volumes, it means that fans know that the anime is also nearing the end of its run.

Well, Dr. Stone is getting a third season, and thus we have described all the details, including the Dr. Stone season 3 release date.

It has been announced that the release date for the third season of Dr. Stone will occur sometime around 2023, according to the announcements made at the Anime Japan event earlier this month.

Even though there has been no announcement about a specific release date, the anime series will most likely premiere in the summer of 2023.

The official statement of the anime studio stated that another OVA would be released alongside a new season this month. Because it will be a link between Dr. Stone’s second and third seasons, viewers are eagerly looking forward to it in anticipation of its arrival.

Two actors have been honored to be the voices of Senku and Taiju for the English dubs. Aaron Dismuke (“Fullmetal Alchemist”) voiced Senku, and Ricco Fajardo (“Sky Wizard Academy”) portrayed Taiju.

Brandon McInnis, Felecia Angelle, and Brittany Lauda are some of the recurring English voice actors who have contributed to this program.

There is no doubt that the characters will be entering new, uncharted territory in Season 3 (both literally and metaphorically). Therefore fans should be prepared to see new faces and, as a result, some new voices to be added to the mix.

There has been quite a bit of drama and science fiction in season 2 of the series, so we can expect the same from season 3. In addition, it also goes on to describe the struggle between Senku’s scientific brain and the powerful empire of the Tsukasa.

During Senku’s conversation with Taiju, he explained that he intends to resurrect civilization by using science. Because Taiju had a great deal of experience in battle and Senku had great intelligence, Senku and Taiju worked well together.

Soon after, the team found a way to turn people into living organisms, unlike frozen stones that are hard to move. Dr. Stone: New World, the manga adaptation of the manga series based on the manga series of the same name, covers the upcoming season of the series.

There has been quite a bit of drama and science fiction in season 2 of the series, so we can expect the same from season 3. In addition, it also deals with the battle between the scientific brains of Senku and the powerful empires of the Tsukasa.

A trailer has been released for Dr. Stone season 3, and we have attached the trailer link below as a reference.

Where To Watch Dr. Stone Season 3?

You will be able to stream all of the episodes of Dr. Stone on HBO Max, a streaming service that offers a wide range of programming. However, both previous show seasons can be found on HBO Max if you wish to watch them.

In July 2022, a special episode will be released as part of the third season, scheduled for release in 2023. A major premise of the show is that the protagonist, a young teenage scientist genius, is trying to come to terms with the fact that every person on earth has turned into stone due to a strange incident.

Watching this show is a real treat since you can learn so much about science while having a lot of fun at the same time.