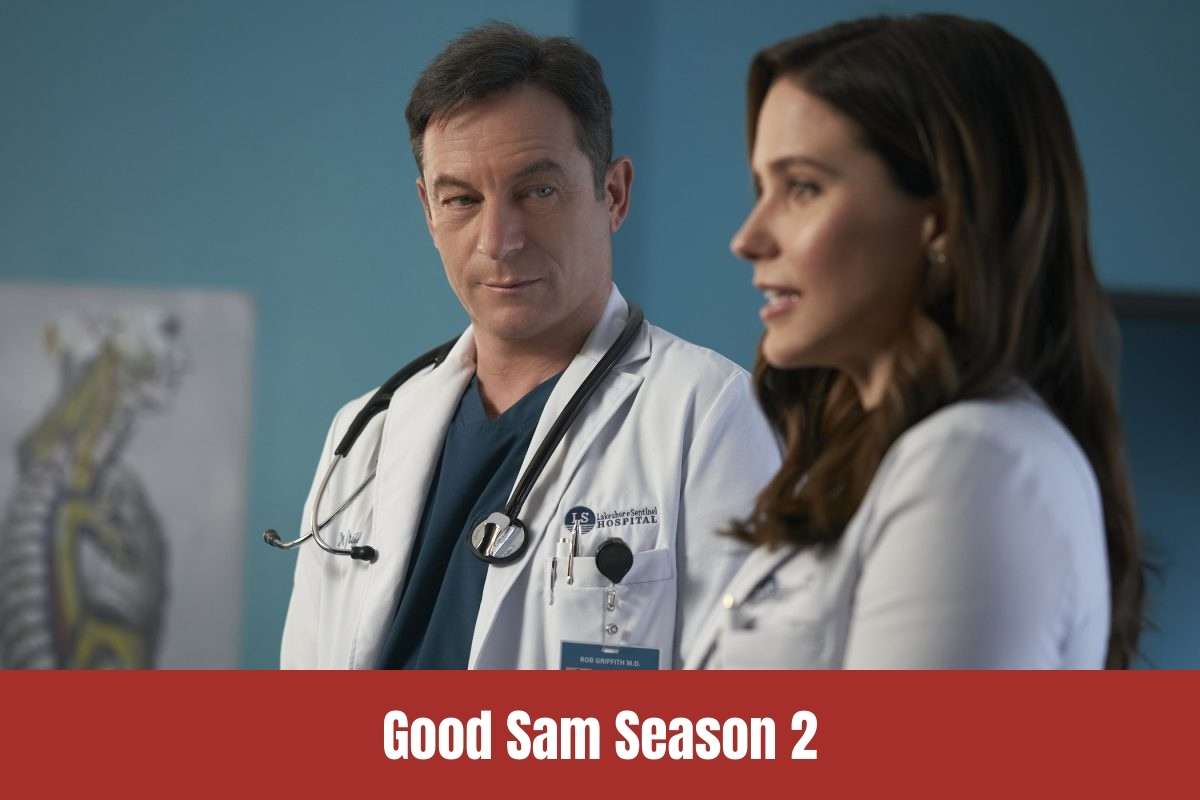 Things become problematic when Griff requests to resume his work after being absent for months while Sam is meant to monitor him. CBS premiered the medical drama series created by Katie Wech in January 2022.

The show focuses on a problematic father-daughter relationship at the workplace, which in this case is a hospital. Fans and critics have given the series high marks for its dramatic and original idea.

Initial episodes of ‘Good Sam’ reportedly had ordinary ratings, but ratings improved as the season went on. We have you covered if you enjoyed viewing the medical drama and are curious about a potential second season.

CBS has officially canceled Season 2 of Good Sam after only one season, effective on May 12, 2022. Therefore, there are no prospects that the network would renew the series.

Moreover, the show had an average quantity of viewers and reactions from reviewers and the audience compared to other CBS shows.

Mixed to average reviews may have significantly influenced the cancellation of Good Sam Season 2 due to low ratings. On the other hand, the audience believes the show should have been given a second opportunity to grow and extend to further seasons.

If the series ever gets renewed for season 2, then the expected cast will be as follows:

In season 1, Dr. Sam and Griff’s relationship is often tested. Despite this, they can band together in the face of adversity. Vivian, Sam’s mother and Griff’s ex-wife requires medical treatment as an illustration.

Tina Kingsley, the chairperson of the hospital’s board of directors, delivers a shocking statement that threatens the hospital’s survival. As a result of Griff’s confession to the hospital board, Sam and Vivian are also forced to face the repercussions.

Dr. Sam and Griff’s on-again, the off-again conflict seemed to have gone full circle in the season one finale. However, this time takes an unforeseen turn that alters their family relationships and possibly the hospital’s future.

Therefore, in the perspective second season, we shall witness how Drs. Sam and Griff have fared since the events of the first season. In addition, as the future of Lakeshore Sentinel is uncertain, the hospital’s destiny is unknown.

Good Sam’s season 1, which debuted on Wednesday evenings, averaged 0.25 ratings in the 18-49 demographic and 2.20 million visitors in live day ratings, including DVR replay until 3:00 AM.

The audience and reception of a series are the two most important factors determining its duration and performance if renewed.

Good Sam was the lowest-rated scripted series on the network in both categories. In live plus 7-day ratings, which include a week of delayed viewing, the season averaged a 0.40 demographic rating with 3.77 million viewers. Consequently, these are some possible causes for CBS’s decision to cancel the show and cease investment in the series.

As the series is canceled for now, so there is no trailer. Check the season 1 trailer below:

Where To Watch Good Sam?

Go and stream Good Sam on CBS, and season 2 will never going to happen as the CBS streaming network has canceled it.

The Circle Season 4 Release Date, Contestants, Plot, Trailer And All Updates In 2022 On Netflix