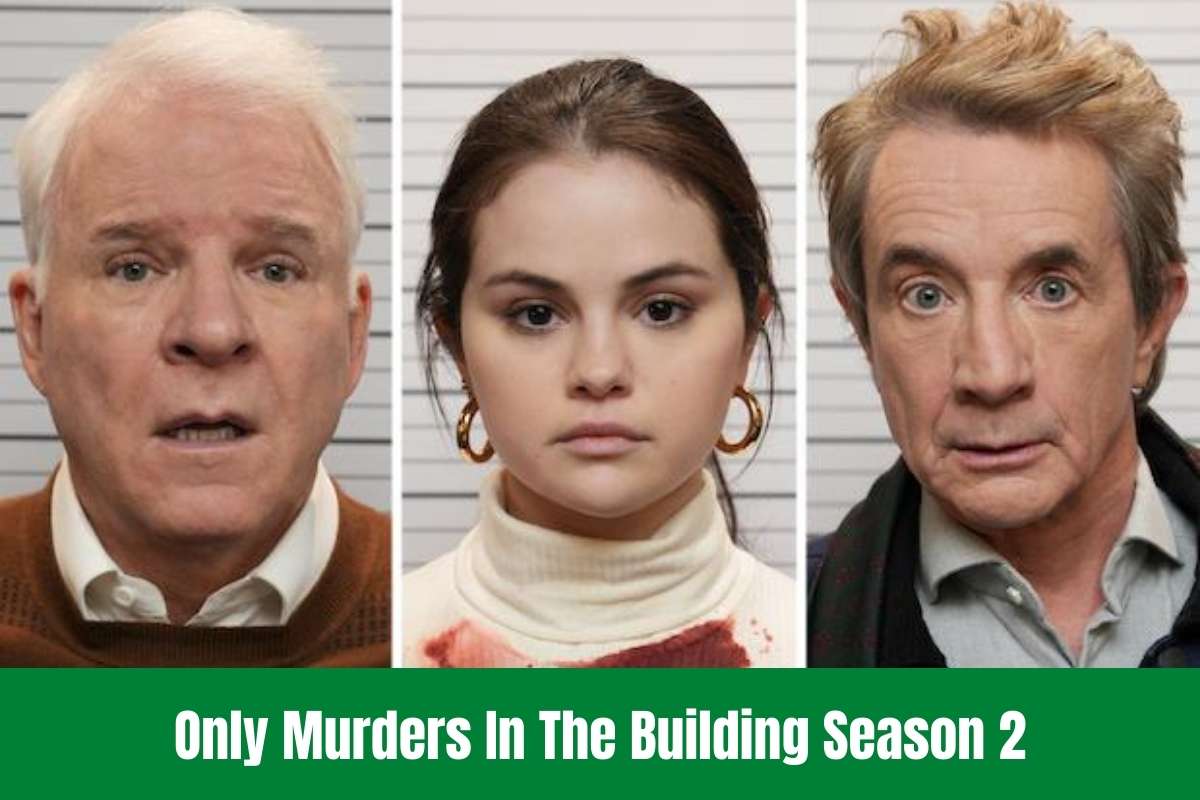 The comedic series ‘Only Murders in the Building’ mixes the excitement of true-crime podcasting with smart storytelling. It follows the unusual three of Charles, an old actor; Oliver, a disgraced filmmaker; and Mabel, a young lady with a murky history.

The three true-crime enthusiasts investigate a murder in their Building, the Arconia, which is riddled with mysteries.

The sitcom, which began in 2021 and was created by Steve Martin and John Hoffman, has gotten an overwhelmingly good response from critics, who have commended the show’s intelligent writing and engaging comedy.

The first season concludes with a shocking cliffhanger foreshadowed in the first episode. Consequently, the first season’s conclusion feels like a promise of further tales with our beloved silly and chaotic trio.

We have you covered if you are hungry for information on a subsequent installment! Here is all you need to know about the second season of “Only Murders in the Building”!

Only Murders In The Building Season 2 Release Date

The second season of Murders in the Building will air on June 28 on Hulu in the United States and on Disney Plus in the United Kingdom.

Only Murders in the Building’s first season premiered its first two episodes concurrently before releasing one new episode every week until its conclusion.

Well, looks like we'll be dealing with this trio for another season. I'm sure MOST of you are thrilled! #OnlyMurdersOnHulu pic.twitter.com/NlXhOYvkOB

There is no indication that the June 28 launch would include more than one episode, but the show will likely adhere to its weekly release schedule.

Only Murders In The Building Season 2 Release date

Only Murders In The Building Season 2 Cast

Only Murders In The Building Season 1 Storyline

The Arconia is home to Charles-Haden Savage, a jaded former television actor, Oliver Putnam, a failed Broadway director, and Mabel Mora, an apartment restorer. They meet by coincidence in an elevator, where Tim Kono joins them on the phone.

Later, after escaping the Building due to an alert, they connect over a true-crime podcast they both enjoy. They discover a fatality in the Arconia and sneak back inside to find Tim dead.

The authorities assume it was a suicide, but the three suspect differently; they discover more and more evidence, such as Tim’s panicked phone conversation in the elevator and a parcel containing an engagement ring intended for him.

Meanwhile, Oliver fights with his relationship with his kid, Charles describes his need for seclusion, and Mabel reveals her reluctance to become close to others.

They launch the podcast Only Murders in the Building as they continue their investigation. Tim is included in an old photograph of Mabel and her so-called “Hardy Boys.”

Only Murders In The Building Season 2 Plot

The first season of ‘Only Murders in the Building’ follows Charles, Mabel, and Oliver as they investigate the murder of Tim Kono. Tim is revealed to have been Mabel’s childhood pal.

The trio’s research takes the form of an increasingly successful true-crime podcast. The trio discovers in the season finale that Charles’ girlfriend Jan, who is also Tim’s ex-lover, murdered him.

Only Murders In The Building Season 2 Plot

Jan is ultimately arrested for Tim’s murder. Just as Charles, Oliver, and Mabel celebrate their triumph, a new murder case involves them.

The second season will presumably begin soon after the three are arrested for the murder of Bunny, the Building’s board president. In the second season, the three will attempt to clear their names after being falsely accused of murder by capturing the genuine perpetrator.

In doing so, other Arconia mysteries may be uncovered. Cinda Canning’s new podcast, “Only Murderers in the Building,” will likely continue to track the probe in the forthcoming season.

Only Murders In The Building Season 2 Trailer

Here is the teaser of the upcoming season 2:

Where To Watch Only Murders In The Building Season 2?

Season 2 of the show will release on Hulu. Season 1 is available to watch on Hulu.