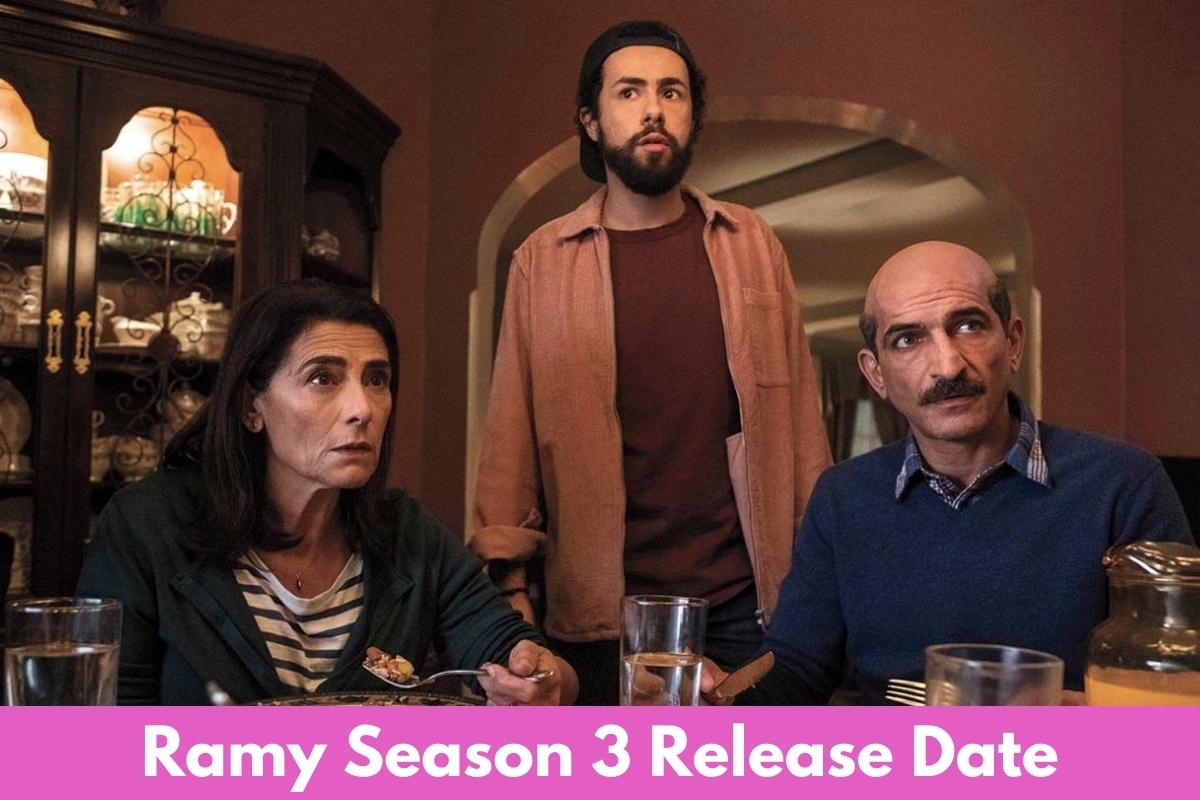 Excellent news for Ramy lovers! The famous American comedy-drama Ramy was renewed for Ramy Season 3 earlier in 2020. Ramy launched its first season on April 19, 2019, on Hulu. Then it entertained the viewers with its second season, which was launched on May 29, 2020.

The series was not just an award-winning series, but it won several hearts too, and now its fans are eagerly waiting for the premiere date of Ramy Season 3. If you are one of those fans, we are here to help you.

This article will provide you with all the available information regarding Ramy Season 3 Release Date, Cast, Storyline, and more, so stay tuned with us.

All the Ramy fans are curious to know when is Ramy Season 3 coming out. As of now, there is no official announcement by Hulu regarding the release date for the third season. But the good news is that Ramy Season 3 is certain to happen as it has already been declared and verified by Ramy Youssef himself via his Instagram post.

The news for Season 3 came just after a month of its second season launch. But the Ramy season 3 filming and production got delayed due to the pandemic crisis.

With no information being made available by the producers about Ramy Season 3 till now, it could be assumed that we are not getting it released at least till mid-2022. However, we will update this page for you in case of any further announcements regarding the Season 3 Release date.

The producers have not provided any information regarding the changes in the characters or Cast for Ramy Season 3. But we can say this for sure the Golden Globe award-winning actor Ramy Youssef will again be seen as the story’s protagonist. Let’s have a look at the Ramy Season 3 Cast:

The producers of Ramy Hulu Season 3 have not released any official trailer to date. But the trailer is expected to be out soon once the Ramy Season 3 filming gets started. If you haven’t watched the other two seasons of Ramy yet, then you can go through the trailers of previous seasons to get a brief idea of the show cast. We will update this page once we get the news about the release of Season 3 Trailor.

The series Ramy has been co-developed by Ryan Welch and Ari Katcher, and Youssef. All three are also the executive producers for the series. Both the released seasons of the Ramy series have received 96% ratings on Rotten Tomatoes. In addition, its lead actor Youssef has been awarded the Golden Globe Award for best actor for his outstanding performance in the first season of the series.

The story of the series revolves around a first-generation Egyptian-American Muslim named Ramy. While on a spiritual journey, he discovers himself around New Jersey, his native place. The previous season of the series deals with Ramy’s dating relationships and family differences.

In the previous season, Ramy also tries to initiate a start-up. But in the end, everything goes wrong for Ramy as he loses everything, including his loved ones and becomes homeless. Now there is much that can happen in Season 3 for Rami. It will be very interesting to know if Ramy changes his ways next season? Also, what direction will he choose for him in season 3?

Where to watch Ramy Season 3?

Both the previous seasons of the Ramy series are currently streaming on Hulu. Therefore, those who haven’t watched them yet can watch them on Hulu. Moreover, the series ‘Ramy’ has been renewed for Season 3 on Hulu is officially being announced. Therefore, it will be premiered on Hulu.

All the admirers of the award-winning series ‘Ramy’ are extremely curious to know when is Ramy Season3 coming out. This article has provided you with all the available information about Ramy Season 3 Release date, filming, cast, etc.

Although, not much information has been disclosed by the producers regarding the upcoming Ramy series. But we will soon get back to you with all the upcoming updates regarding Ramy season 3. So, you can bookmark this page for receiving further updates about the series.

Have you watched both the seasons of the ‘Ramy’ series? If yes, tell us in the comments which season you liked the most?