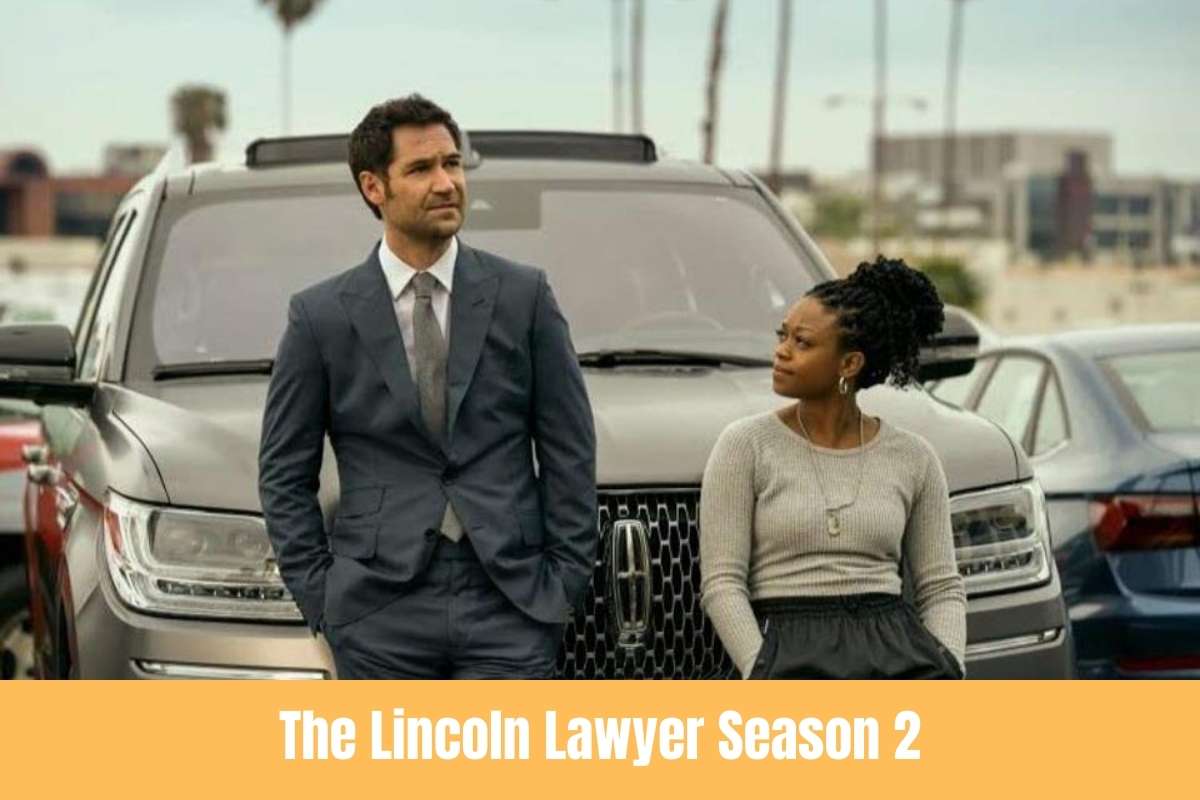 In the legal mystery cop show “The Lincoln Lawyer” on Netflix, the prolific attorney Mickey Haller returns to the streets of Los Angeles.

The well-known attorney who operates out of the trunk of his iconic Lincoln is flooded with new cases, such as the high-profile murder of computer magnate Trevor Elliott. Mickey’s hands are full with his clients and the sinister murderer pursuing him.

Based on the books of Michael Connelly, the first season of the David E. Kelley-created television series begins with “The Brass Verdict” (2008).

The subject was originally depicted in a 2011 movie featuring Matthew McConaughey, a defense attorney who works from his car rather than an office.

Mickey Haller, who has been out of business for a year following a fatal accident, is pushed back into work when another attorney is killed, and this might be the most important case of Mickey’s career.

The first season began on May 13, 2022, and fans are already speculating about the likelihood of a second season based on the first season’s conclusion.

Mickey Haller, who Matthew McConaughey previously portrayed in the 2011 courtroom thriller of the same name, has grabbed the imagination of fans and reviewers. Are there other plans for Mickey Haller fans? We know regarding season 2 of “The Lincoln Lawyer.”

There are currently no announcements regarding the second season of The Lincoln Lawyer; however, there is a possibility that the series may return. The series is based on a collection of books by Michael Connelly, which provides ample material for additional seasons.

The book series consists of six volumes. So, we anticipate a second season of The Lincoln Lawyer, and we hope to hear an official announcement shortly.

The first season concludes with Mickey winning the Trevor Elliott trial before understanding his client is guilty. The attorney also discovers that the corrupt Judge Mary Holder is responsible for Jerry’s murder and brings her to the authorities.

The season concludes with Mickey righting past wrongs and securing the release of an incorrectly convicted client, Jesus Menendez.

Mickey may take on another challenging case in the forthcoming second season that places him in several life-threatening circumstances. The relatively modest matters that he resolves with his legal ingenuity are also likely to increase.

In the forthcoming second season, Mickey’s family life will continue to be a story focus, with our protagonist continuing to attempt to woo back his ex-wife Maggie.

If the series is revived, Manuel Garcia-Rulfo may return as a lawyer to solve additional puzzling cases. It depends on the book chosen by the designers.

They adapted The Brass Verdict, the second novel in the series, for the first season instead of the first. Therefore, they will not adhere to the order and may select any book from the series.

In one of the other five books, Haller is jailed for a murder he did not commit and must establish his innocence.

We can’t wait to see which book the producers chose for The Lincoln Lawyer Season 2 and what drama awaits Mickey in the upcoming season.

There is no trailer yet, but we will keep this page updated with any news or when a trailer is released. In the meanwhile, you may replay the trailer for season 1 to recall your best memories from the series thus far:

Where to Watch The Lincoln Lawyer Season 2?

Season 2 will release on Netflix, and season 1 is available to watch on the same streaming platform.

The Mandalorian Season 3 Is All Set For Febuvary 2023! Check All Updates Here!