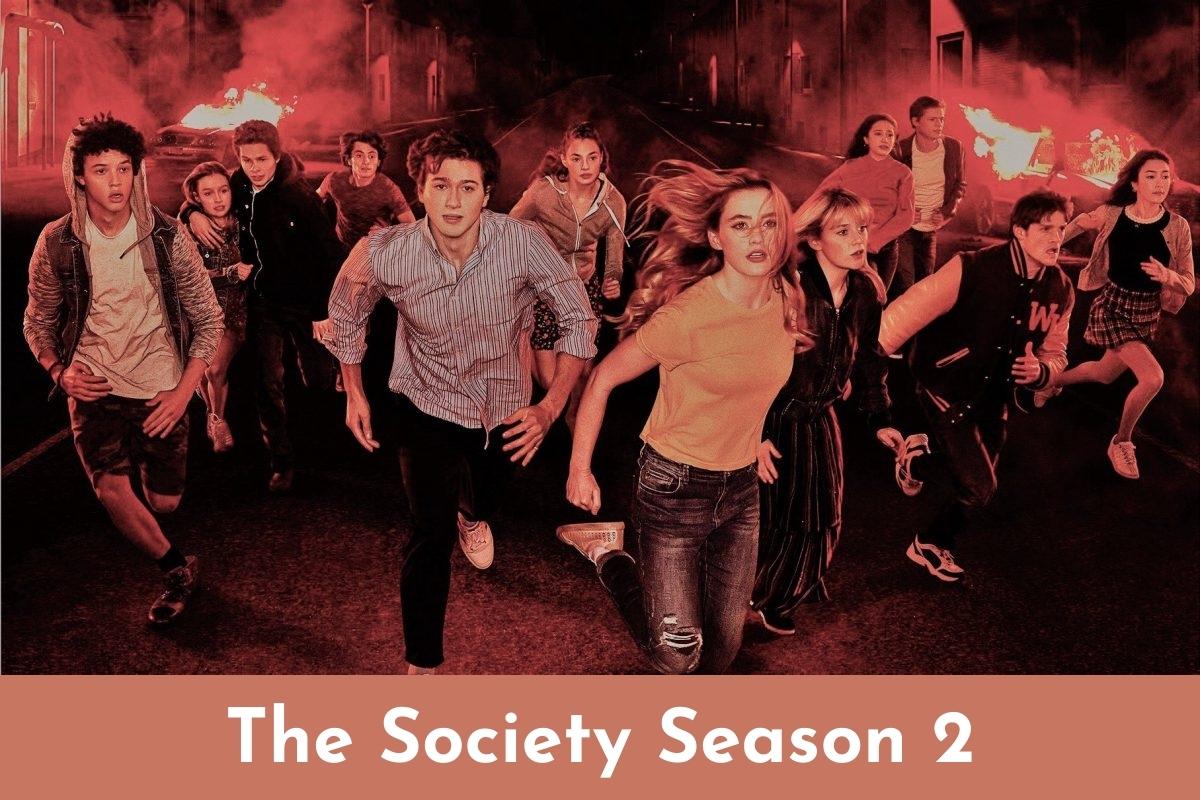 After producing a perfect thrill at the end of the first season, fans and viewers are anxiously awaiting The Society Season 2.

Let’s get into the show and give a quick recap for previous viewers as well as a new introduction to the big show “The Society.”

The Society was one of Netflix’s dazzling young stars in the drama lineup, but it was sadly one of the victims of COVID-19.

What is the concept of “The Society”?

Christopher Keyser is the creator of “The Society,” an American mystery teen drama web television series. This series follows a group of youngsters who are tasked with running their community after the rest of their town mysteriously vanishes. The mystery begins when the students from the local high school return home early from a field trip that was canceled. When they returned, they discovered that everyone else had vanished.

Suddenly, a thick forest surrounds the town; they soon discover that the outside world no longer exists and that no one can be reached via phone or the internet. To survive with the limited resources, the left teenagers must build their own set of rules and laws. The first season of the show contains 10 episodes. Season 1’s official trailer was released on Netflix on April 30.

Is The Society Season 2 still in the works?

The Society, a Netflix original series that has been compared to Lord of the Flies, was a huge success with Netflix users when it originally premiered in 2019. This provoked fans of the first season of the sci-fi mystery thriller to ask when in this world, The Society season 2 will be available on Netflix. Deadline reported in April 2020 that Netflix had renewed the series for a second season and that the much-awaited following chapter would arrive in late 2020.

However, due to issues arising from the Coronavirus Pandemic, Netflix informed The Hollywood Reporter that season 2 of The Society will not be produced.

Also read: Shark Tank India Season 2 Update: Here Is Everything You Must Know!

The Society was supposed to debut in late 2020, but Netflix has formally canceled it. Hopefully, this isn’t a permanent decision, and after things have returned to normal, Netflix may consider bringing back some of the shows that were canceled during the crisis. Even if the chances are low, stranger things have happened. People would have claimed it was ridiculous to wish for the ninth season of Dexter just a few weeks ago, but now one is on the way, so anything is possible.

Olivia Nikkananen was promoted to a series regular in April 2020, which was the first significant casting announcement. We can now provide you with a list of cast members of Season 2 who have been confirmed to return according to various IMDb updates, including:

Why was The Society season 2 canceled?

The Society (along with most Netflix films) was delayed due to COVID-19, which is thought to have inflated prices for a huge cast drama like this. According to Netflix, “We’ve made the hard choice not to move forward with second seasons of The Society and I Am Not Okay with This.”

The Society and I Am Not Okay With were canceled due to a lack of certainty about production schedules, balancing the requirements and availability of a huge ensemble [The Society], and unanticipated budget hikes due to COVID. The cast of The Society was mostly made up of series regulars. For season 2, Olivia Nikkanen, who played Gwen, was promoted to a series regular.

Unfortunately, no trailer for The Society season 2 has been released, and it’s safe to assume that one will not be released anytime soon. Keep an eye out for any news or updates about the prospect of a third season of the hit Netflix series. The video trailer shown below is quite accurate to the future chapter of the series.

The productions announced a Plot of the Society Season 2 in July 2019, but owing to the COVID-19 epidemic, production for the second season was postponed. On August 21, 2020, it was stated that the show had been canceled for the time being due to pandemic complications, which resulted in cost rises and scheduling difficulties. One month before the premiere, trailers are usually released.

So we’ll have a better idea once we know the launch date.

Season 1 is available to watch on Netflix.

It’s worth noting that a campaign to revive The Society has already started. Fans are seeking to encourage Netflix to save the show by using traditional techniques such as a Change.org petition and social media. The movement on Change.org had around 87,000 signatures as of November 14th, 2020. On November 14th, 2020, show fans on Twitter arranged a “trending party” in the hopes of getting more people to use the hashtag “#savethesociety.”

The Society, which started out as a teenage drama, turned out to be much more. Order, leadership, rebellion, structure, and other difficult yet fundamental principles of civilization are discussed in the show. All along, socio-political issues have been at the forefront. The show adapts Goulding’s Lord of the Flies against the setting of a more evolved society plagued by supernatural events. The Society Season 2 is perfect for fans of the paranormal, alternate reality, and power-hungry youths, as well as fans of modern interpretations of classics.

Shark Tank India Season 2 Update: Here Is Everything You Must Know!