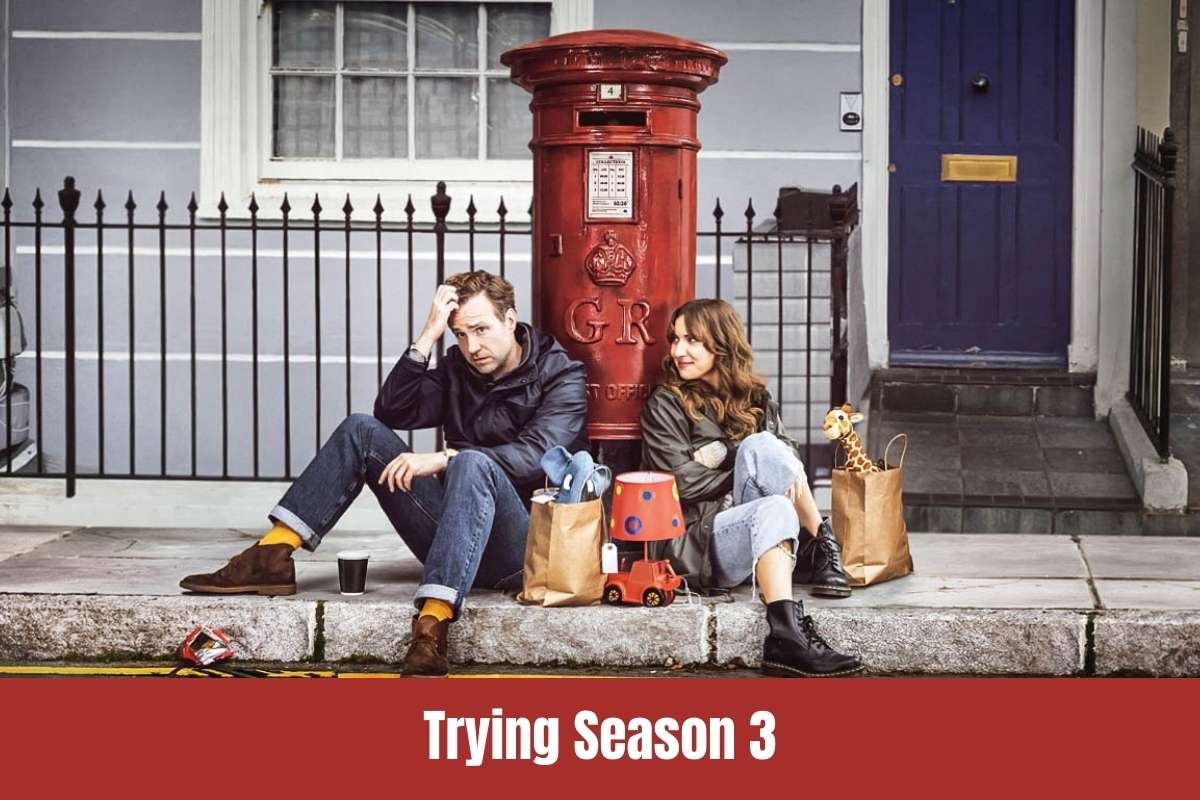 The British comedy series ‘Trying‘ follows Nikki and Jason, who wish to have children but have been unable to do it. Having been unable to conceive, they choose adoption. However, the parenting path is not as straightforward as they had thought. The series was created by Andy Wolton and premiered on May 1, 2020.

The series is well-received and profitable. It was lauded for its charismatic ensemble and genuine performances. In particular, the natural chemistry between the principal actors has been praised.

The drama deals with infertility and the desire for a child with the utmost care. After enjoying two great seasons of the comedy-drama, fans are eager to learn whether a third season is planned. Let’s plunge in and see for ourselves!

Apple TV+ has officially renewed Trying for a third season, citing, “#Trying will return on July 22 for Season 3.” Check out the official news posted by the Apple TV+ Twitter account below.

#Trying is back for Season 3 starting July 22. pic.twitter.com/wl9JPflAPQ

As shown in the preceding post, July 22, 2022, has been announced as the release date for Season 3 of Trying. The series is created by BBC Studios Comedy Productions and will be available for viewing on Apple TV+.

Season 3 cast will be as follows:

In the season two finale, Jason and Nikki make crucial decisions together. They become engaged and even have the opportunity to foster Princess. Since Princess is unwilling to give up her brother Tyler, Jason and Nikki are responsible for both children.

Since the organization does not know that Princess covertly brought Tyler with her, they may be accused of abduction, but that is an issue for another day. Jason and Nikki are pleased to have the family they desired for the time being.

Jason and Nikki’s ability to parent Princess and Tyler will be examined in the forthcoming season.

If the couple does not notify the agency about Tyler, they risk losing Princess and the opportunity to adopt any kid. Aside from this, it is inevitable that their relationship would change, especially now that they have agreed to get married.

The official trailer for the next season has not been released. It is anticipated that other trailer elements will be revealed in the next weeks.

As a result, there is no teaser or trailer available for fans to get glimpses of the upcoming chapter of the series or guess about potential major plotlines.

Meanwhile, please view this unique overview of prior seasons that demonstrates Nikki’s efforts to prepare for adoption. But can anyone feel truly like an adult?

Where To Watch Trying Season 3?

Trying season 3 will release on Apple TV+ and previous seasons are available to stream on the same streaming platform.

The actual number of episodes in Season 3 of Trying has not yet been disclosed, but we can anticipate at least eight episodes with a length between 26 and 30 minutes, similar to prior seasons.

In addition, several series intends to maintain a steady number of episodes for subsequent seasons. We may thus hypothesize that the future season will have episodes of a comparable length.

Therefore, we urge that fans patiently wait for these updates, which will be delivered on schedule and once the episode titles have been decided.

You should binge-watch previous seasons to refresh your recollection of what transpired over two seasons. Here is a comprehensive episode guide for Seasons 1 and 2 of Trying, which will help you better comprehend the show’s narrative.

The Circle Season 4 Release Date, Contestants, Plot, Trailer And All Updates In 2022 On Netflix