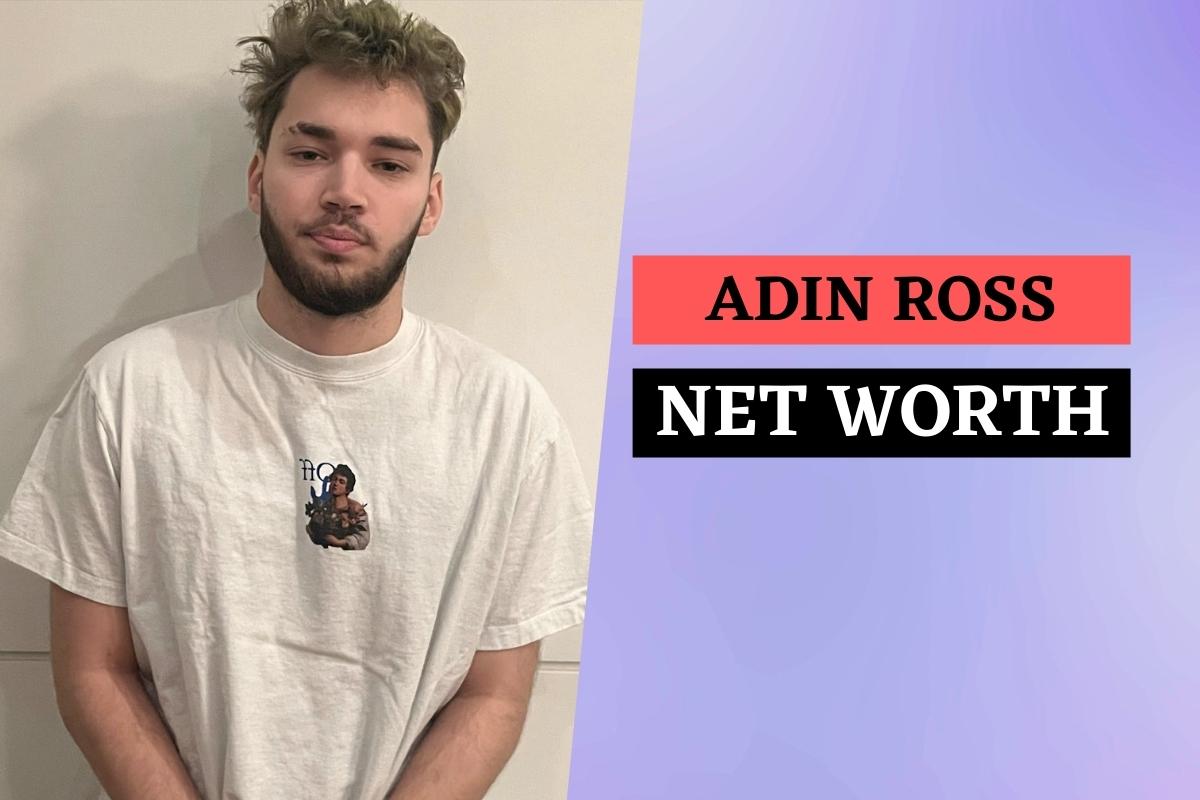 Among the many things that make Adin Ross well-known are his live-streaming and gaming videos. Adin Ross’s net worth has been estimated at nearly $2 million; additionally, he is famous for streaming NBA 2K games as well as Grand Theft Auto games.

His Twitch account is currently the 20th most popular Twitch channel in the world based on its popularity. Today we will discuss his career, source of income, profession, net worth, and girlfriend of Adin Ross.

Adin Ross Was born on 11 October 2000 in Boca Raton, Florida, United States. In an interview, due to the miserable relationship between his parents, he revealed that he previously had suicidal thoughts as a result of his parents’ unstable relationship.

According to the reports, Adin Ross’s father is a businessman, whereas his mother is a homemaker. Moreover, he also has a sibling name Naomi Ross, and she runs her own account, OnlyFans.

He left home several times and moved between different cities, which caused him to suffer mental troubles. His move to New York City was shortly followed by his settling in Three Rivers, California, where he completed his high school education at Woodlake Union High School.

He has always been interested in video streaming and will never grow tired of it. As a matter of fact, he even canceled his high school prom just so he could stream on Twitch.

Well, if we talk about his personal life, then as per the reports, Adin Ross has a girlfriend named Corinna Kopf. It has been a long time since Corinna Kopf became a well-known personality on social media.

Stacey, who appears in several of his YouTube videos, was the previous woman he was in a relationship. Apart from this, there is not much information available regarding his personal life.

Since his school days, Adin has been fascinated with online gaming and aspires to become one of the world’s best online gamers. As early as January 2019, while living with his sister Naomi, Ross began posting Twitch streams on a regular basis.

Several years later, he became a member of an NBA 2K team called Always Excelling and met Bronny James during this time. As a result of streaming and betting matches with other streamers and YouTubers, Adin was able to gain popularity.

During the coverage of the Ross and Benny Jones stream in 2020, LeBron James dropped by to join in, which was later posted on Twitter by the NBA star.

In December 2020, while Adin was streaming with Cheeser, he received 400k botted followers. It seems that the botter did it because he didn’t like Cheeser, which is why he acted in this manner.

In total, Ross has three YouTube accounts, each of which generates millions of views, a number that will likely grow over time. According to our research, Adin Ross has a net worth of $2 million.

There are a lot of improvements coming to Adin Ross in the near future as his popularity continues to grow. The majority of his income comes from Twitch currently, and this is the main source of his income.

According to our search reports, Adin Ross loves cars and has Range Rover Sport, Alfa Romeo Giulia, and Jaguar XE on his list of cars.

Adin Ross lives in Los Angles in a beautiful white mansion. However, his Twitch has helped him to lead a very luxurious life, and as per the reports, the house in which Adin Ross lives is worth 41 million.

Does Adin Ross have any health problems?

Adin Ross struggled with a health issue at an early age.

How old is Adin Ross?

How much does Adin Ross make?

According to the reports, Adin Ross makes $2 million.

Bo Burnham Net Worth 2022: What is His Primary Source of Income?