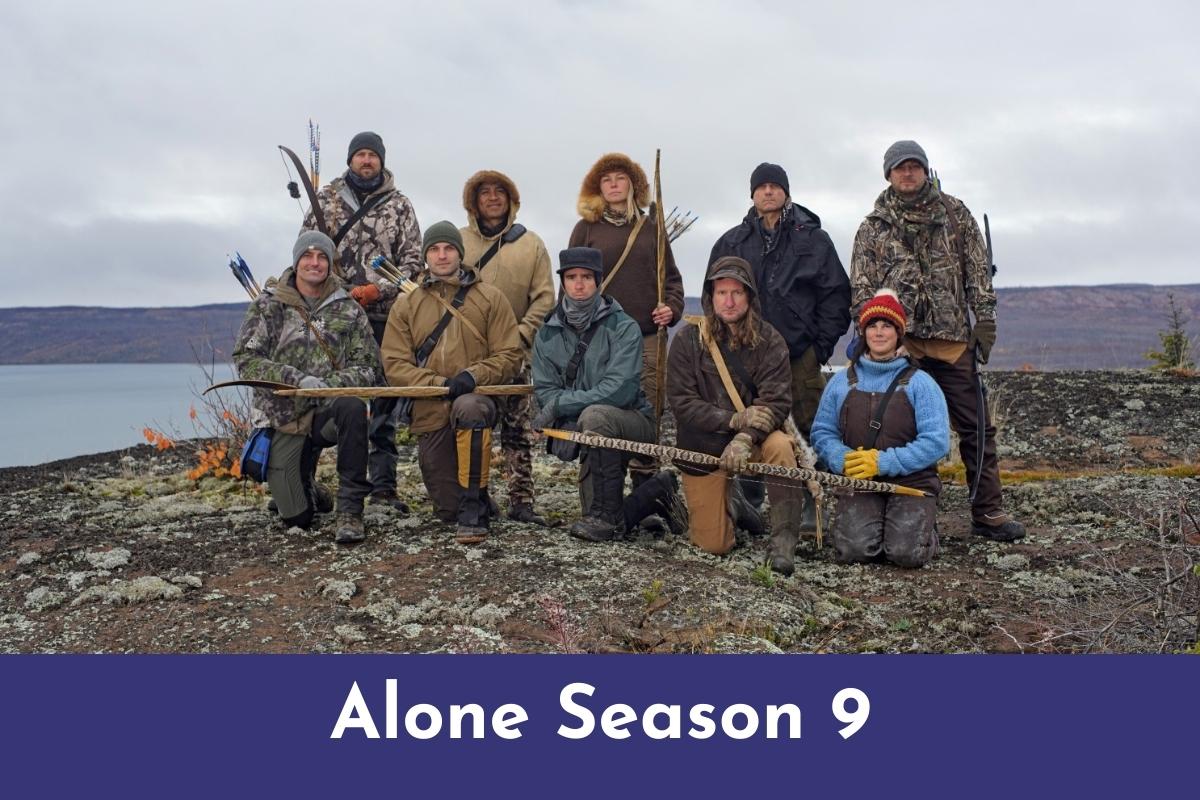 ‘Alone’ is a History Channel survival show that premiered on June 18, 2015. Typically, the series follows ten individuals attempting to live in the wilderness with a certain amount of supplies.

Each participant must live in complete solitude in an unknown rural area. The objective is to remain in the wilderness for as long as possible unless the survivors pass out or are medically removed.

The reality show has been honored for its genuineness and unique perspective. Critics remarked that they enjoyed the candidates’ frank feedback as they faced unanticipated obstacles.

Their experiences and emotions profoundly affect others who watch the show. With the eighth chapter drawing to a close, you’re probably wondering if the series will continue. Thus, here is what we know about a possible Alone season 9!

Alone Season 9 Release Date: When It Will Premiere?

The fans are eagerly waiting for the next installment. However, the show has yet to be renewed. We’ll have to wait until season 9 to know more about the forthcoming tale, as there is no indication of what will happen.

The History channel premiered this reality show for the first time in 2015. Alone Season 8 debuted on June 3, 2021, and finished on August 19, 2021. The eighth season consisted of 11 episodes.

Due to the show’s lack of information, there is a good likelihood that season 9 will arrive sooner rather than later. As we all know, the series has garnered a positive review throughout, owing to its focus on survival rather than interpersonal drama.

Apart from that, there have been various indications that season 9 may be greenlit shortly. If everything works well, we can expect ‘Alone’ season 9 to release sometime in late 2022 or 2023.

Alone Season 9 Cast: Who Will Appear In Next Season?

At the moment, there are no plans to disclose the cast members who will feature in the ninth season of “Alone.” Each season of the show contains 10 cast members who are professional and amateur survival specialists, outdoorsmen, hunters, and others who thoroughly understand how to live in the conditions on their own.

Twenty “Alone” aspirants join a boot camp organized by survival specialists, where they are guided through various chores and exams to assess their survival abilities.

Four finalists from the eighth season of the show — Rose Anna Moore,   Colter Barnes, Biko Wright, and Theresa Emmerich Kamper – tapped out due to severe hunger, frostbite, and other medical difficulties caused by the show’s terrible weather and circumstances.

The season’s champion, Clay Hayes, ended up spending an incredible 74 days in the Canadian wilderness before winning the big prize. We will update this post when we get any official info about the series cast.

There is no trailer released for season 9 yet. So, we will have to wait sometime for the trailer. For now, you can check the Alone season 8 trailer that is embedded below, and you can also watch the previous seasons of the Alone show and guess the storyline of the next season.

All seasons of the show were filmed in many remote locations. Most of them were shot in northern Vancouver Island, British Columbia, Argentinian Patagonia, Northern Mongolia, the Northwest Territories’  British Columbia’s Chilko Lake. Alone, season 9 is expected to be shot in one of the above-mentioned locations.

There is no release date for Alone season 9 yet. So, it is not streaming yet. But all previous seasons of Alone are streaming on Hulu and History TV channel. You can watch them now and enjoy them!

Alone show fans are eager to know the contestant’s list of season 9, but there is no info yet. Alone Season 8 contestants are listed below:

Alone Season 9 Plot: What Will Be The Storyline Of Season 9?

We do not know when the next season will premiere. As a result, we cannot divulge much information regarding the plot. However, we anticipate that the show will remain focused on the central concept of survival. We feel that the creators will prioritize other aspects of the show this time.

They will make modifications to enhance the show’s plot by making it more fascinating, engaging, and suspenseful. Additionally, we will have new competitors, which means the new challenges will be met with renewed vigor.

Depending on the weather and conditions, each work will be carried out in the woods. It may make it more difficult for participants to complete their mission.

We anticipate that the upcoming season will be filled with obstacles and a twisting tale. As of now, nothing is official, and hence all guesses are based on assumptions. However, one thing is certain: we will get an excellent story of surviving in the woods.

This is all we know so far about Alone season 9. I hope you find this post helpful. We will surely update this post as we get any info and update about season 9 renewal and release date. So, stay tuned with us! For now, you can watch previous seasons of Alone’s show and enjoy the storyline!