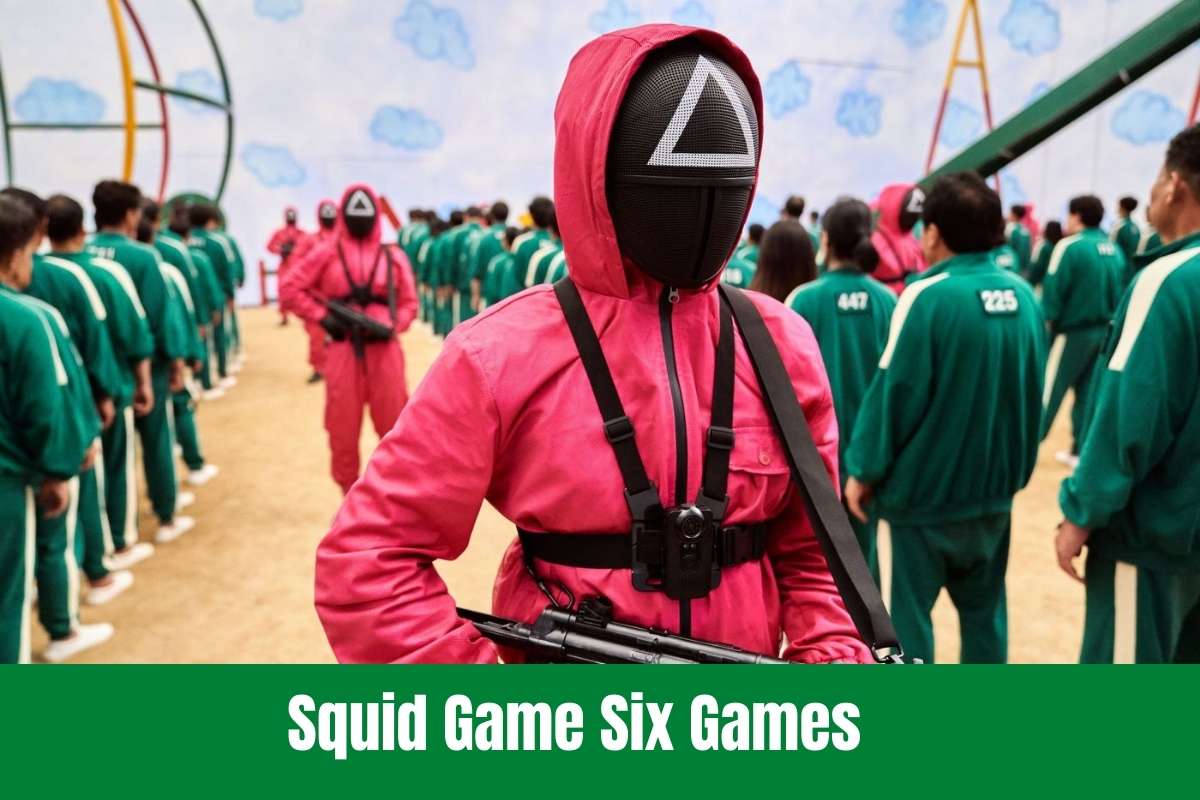 Squid Game, a Netflix original series, is on the verge of becoming the platform’s most-viewed series of all time. Squid Game requires players to complete various children’s activities to earn a large sum of money.

The participants are a collection of strangers who are all drowning in debt. They all engage in the game in the hope of winning the enormous cash prize, but they quickly learn that everyone who loses a game risks significant penalties.

If you’re new to the series and curious about the number of games, you’re probably intrigued. Fortunately for you, we’ve compiled a list of all the games available in Squid Game and their descriptions.

Children worldwide like the first game in the Squid Game. It’s the sort of game that improves with the size of the party. In Red Light, Green Light, a defined space is established, and while one person stands at one end, facing away from the rest of the group, the remaining players are free to move.

The lone player screams “red light, green light, one two three,” and the rest of the players are free to go. However, when they reach “three,” everyone must freeze. If someone is detected moving, they will be disqualified or must return to the starting line.

The game is straightforward, and all that is required is that you go from point A to point B without being “seen,” although the regulations differ. In most situations, the final objective is to sneak past the leader when they are not looking.

In others, you must reach out and touch the tree against which the leader is reclining without being seen.

In Squid Game, the leader is a gigantic doll whose head is turned toward a large tree, allowing participants to move. While she is distracted, she shouts, “the Hibiscus flower has blossomed,” which is how Korean children express “red light, green light.”

Players are permitted to run toward her while she is chanting. When she comes to a halt and turns, whoever moves gets shot, and you cannot deceive her – her eyes are equipped with motion detectors.

Sugar Honeycombs is one of the most difficult games in Squid Game, as players cannot rely on power, manipulation, or taking full advantage of other players. The secret to progressing beyond Round 2 is patience. And, as it turns out, a large amount of saliva.

Each participant receives a circular tin that may be opened to reveal a sugar honeycomb shape in four possible ways: a circle, a triangle, a star, or an umbrella.

Armed only with a needle, the players must carve out the designs without damaging their design – if the shape does not emerge completely intact, the player is eliminated. Simple, isn’t it? The main drawback is that sugar honeycomb is incredibly delicate and may shatter if not handled carefully.

The battle switches to a team-based tug-of-war in round three of the Squid Game. The origins of this Squid Game are deeply ingrained in Korean culture, where forms of tug of war have been played at festivals and community festivities for centuries, particularly in rural areas.

In Korea, tug-of-war games known as juldarigi are frequently performed between communities’ east and west sides, with the winners allegedly gaining a greater crop that season. The victors of this Squid Game game get a different kind of riches.

The tug of war round initiates a turn in Squid Game, putting the players in direct competition rather than with the organization. This change establishes the factionalism and backstabbing that dominate the show’s subsequent episodes.

In Squid Game, this round serves more as a break from the competition while getting to know several characters than a difficult entrance.

Each participant is given a bag containing 10 marbles, then paired off. The objective is to collect all of your opponent’s marbles. Still, they rapidly realize that one of them will perish between themselves and the person they choose to partner with (typically the person they have grown closest to).

The only game in Squid Game season 1 that is not expressly based on reality is round 5, which involves participants navigating a dangerous trail of glass platforms — some of which will support their weight while others will shatter.

Nonetheless, the Squid Game is influenced by hopscotch and other similar jumping games, and the origins of the Squid Game trace back to ancient India and Rome.

The game is intended to illustrate how badly the competition is manipulated against the contestants in the program. The Squid Game Front Man instantly shuts down the lights when he notices one competitor can distinguish between cracked and untampered glass.

The final round contains a famous children’s game that, according to The Front Man (Lee Byung-hun), was one of the most violent games played by Korean children.

The game is played by creating a square, a triangle, and two circles on the ground (the same shapes that appear throughout the series) and pitting two teams against one another.

The tough element is that you cannot touch any lines and must generally jump on one foot. Naturally, players will make every effort to get you to tumble along the route.