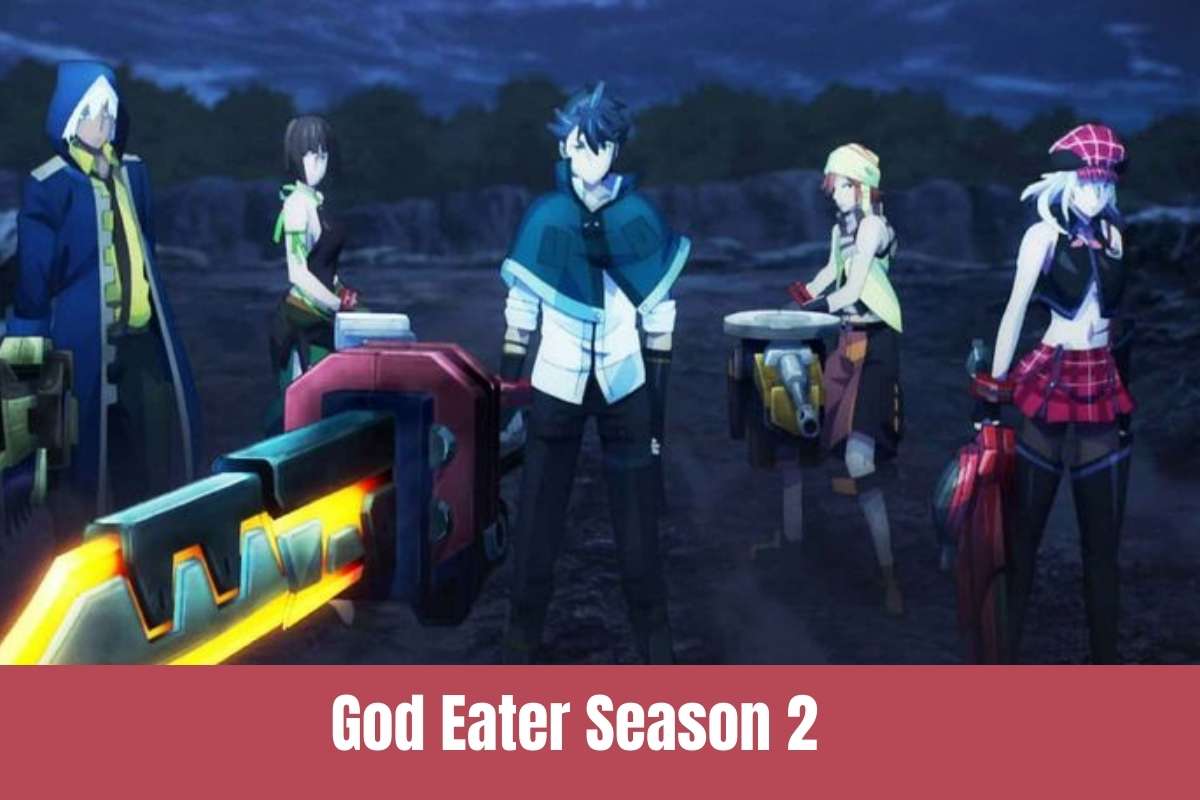 God Eater is a science fiction anime series based on the Shift-developed and Bandai Namco-published God Eater video game franchise.

On the other hand, the anime series was released midway through, with God Eater Season 1 premiering on July 12, 2015. Although it has been a long time since then, fans of both the show and game are still waiting for information about Season 2. Here is what we currently know regarding Season 2’s chances.

There is currently no official word regarding the second season. According to certain reports, the second season of ‘God Eater’ might debut in late 2019. However, this certainly did not occur.

As of this update, there is still no word about season 2. The first season of ‘God Eater’ premiered on July 12, 2015. God Eater is a popular video game brand, so we cannot fully rule out the possibility of a second season.

The expected characters of season 2 are as follows:

God Eater is set in 2071 in a fictitious country known as The new Asia Union. This future, though, is far from optimistic. By 2071, humanity is on the verge of extinction due to the development of man-eating monsters known as “Aragami,” impervious to conventional weaponry.

Once the creatures began to emerge, they wreaked havoc on everything in their path, virtually eliminating humanity.

With humanity on the verge of destruction, an organization named Fenrir was founded to confront the monsters. Of course, given the monsters’ devastating capabilities and their immunity to normal human weaponry, Fenrir needed to devise a strategy for confronting the Aragami.

As a result, they produced agents known as “God Eaters,” infused with a natural element known as “Oracle Cells.”

Thus, these God Eaters can wield strong biomechanical weapons known as “God Arcs,” likewise constructed of Oracle Cells and can inflict significant damage on the Aragami.

When Fenrir originally began, these God’s Arcs could only be ranged or melee. On the other hand, Fenrir developed “New-Type” weaponry that could transform between cannon and bladed forms when the science behind God’s Arcs improved.

The story follows a God Eater named Lenka Utsugi against this setting, which is equipped with a New-Type God Arc. One of Fenrir’s most skilled operatives, Lenka, is tasked with eradicating the Aragami. However, with the monsters continuously spawning in large numbers, Lenka’s duty is far from simple.

However, with only the God Eaters sitting between the Aragami and the extermination of the human species, Lenka and his fellow agents must finish their mission at all costs.

If season 2 occurs, fans will witness Lenka Utsugi take the major role and Lindow losing an arm in a gory fight with the Aragami.

Lindow and Shio and another main cast may return in the second season. Given how popular the ‘God Eater’ video game series appears to be, we can still hope for a season 2 in the future.

Where To Watch God Eater Season 2?

You can stream God Eater season 1 on Netflix and Crunchyroll.