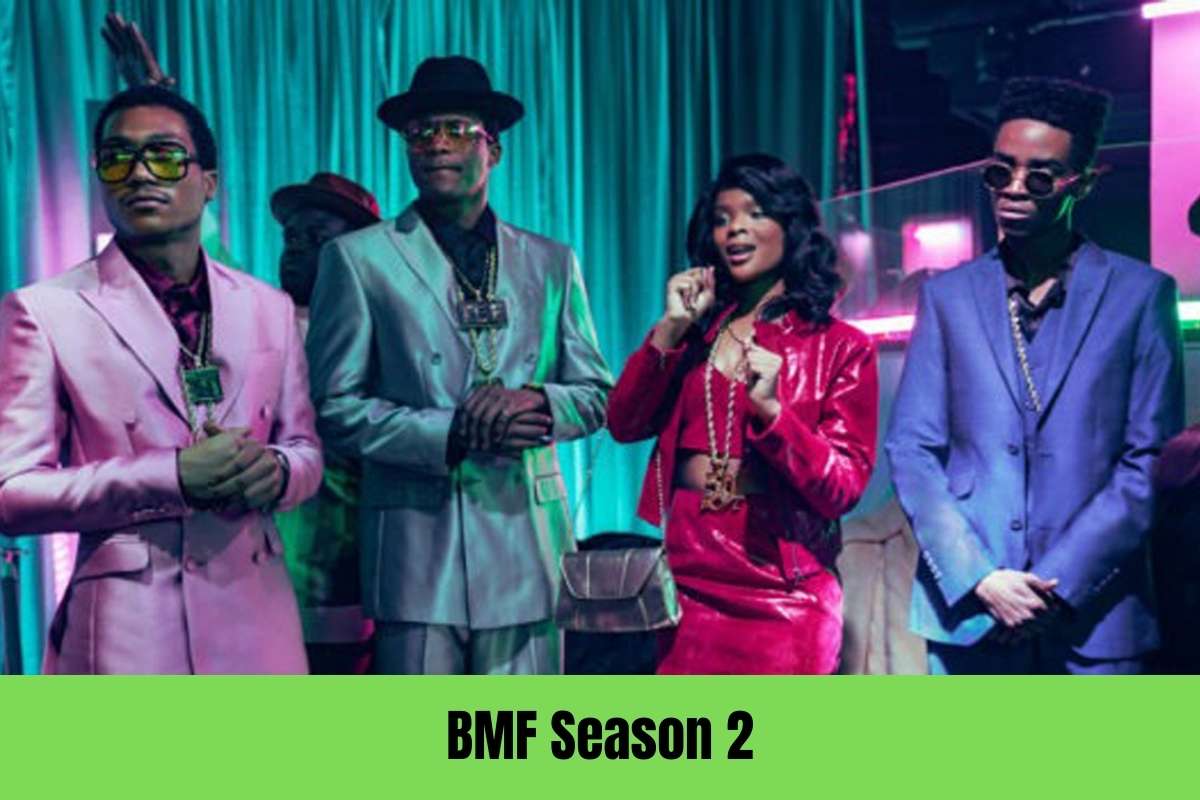 Black Mafia Family (BMF) is a crime-drama television series developed by Randy Huggins. The series is set in the 1980s and follows the development of the Flenory brothers from southwest Detroit, who moved on to become one of the most prominent American crime families.

Their unwavering dedication to the family contributes to their success and becomes the reason for their separation.

The September 2021 debut of the Starz series was met with exceptionally good reception. Inspired by the lives of Demetrius “Big Meech” Flenory and Terry “Southwest T” Flenory, the series has been lauded by critics for its brutal yet empathetic storytelling.

In addition, the cast members’ performances won praise from both reviewers and spectators. Fans are naturally eager to learn whether or not the show will return for a second season. Here is what we do know!

A strong audience rating of 83 percent on Rotten Tomatoes demonstrates that the series has been well-received. According to the announcement, there will be more episodes.

Y'all really came out for this one. #BMF SEASON TWO is coming to @Starz 👊🏾 pic.twitter.com/KYijQ9UO2H

Although a release date for season 2 has not been set, the next chapter of BMF is likely to air in the second half of 2022.

The expected season 2 cast of BMF is as follows:

The primary focus of the first season is on how Meech and Terry develop their drug enterprise. It throws their lives into disarray; it threatens them and their loved ones. Most critically, it places them on a collision course with Lamar.

The season’s conclusion disbands the group The 50 Boyz, and Meech and Terry are no longer on the same page. Terry wishes to focus on his family and separate himself from criminal concerns, while Meech wants to expand their Detroit drug enterprise.

As mentioned by 50 Cent, the second season’s plot may explore other areas. “There’s so much to go to the Flenory brothers had business in St. Louis, we have to drive to Atlanta, and we still have to get to Los Angeles. To Mexico to acquire narcotics.”

Likewise, Da’Vinchi (Terry) revealed his desire to explore the relationship between Meech and Terry in a future plot. He stated, “As they grow older and more mature, there will be more of everything.”

That only implies that competition will intensify. More money equals more issues, he noted. Consequently, we may anticipate an even more rigorous second season.

Unfortunately, this show’s second season will not have a trailer. Therefore, it is difficult to predict the future. However, we will notify you whenever Starz releases a trailer for this highly anticipated season. While we wait for a trailer, you may watch previous seasons on Netflix. Here is the first season trailer:

Where To Watch BMF Season 2?

Season 2 will release on Straz, and season 1 is available to watch on the same streaming platform.

The Mandalorian Season 3 Is All Set For Febuvary 2023! Check All Updates Here!