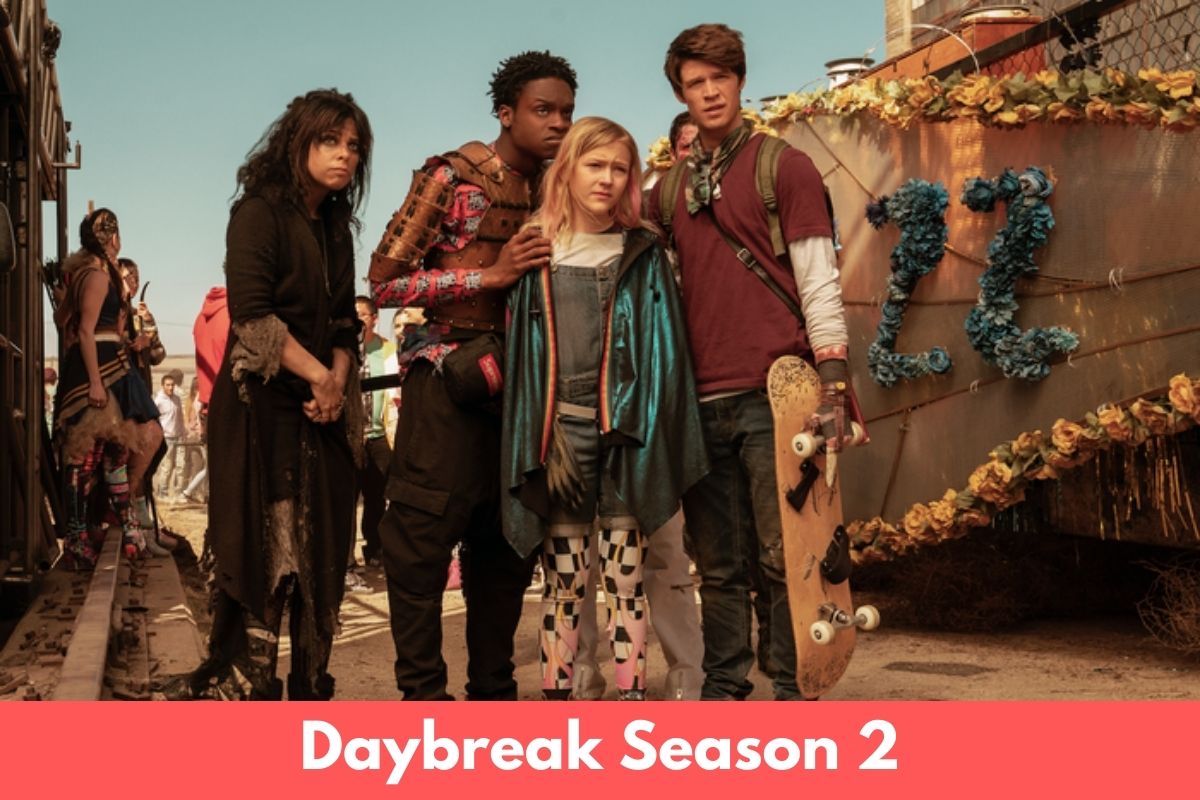 Daybreak is one of the finest examples of Black comedy. Brian Ralph’s popular comic series ‘Daybreak’ provides the core idea for the series. However, Daybreak is much more than a comedy series. It provides a perfect blend of Adventure and teen drama also. Aron Eli Coleite and Brad Peyton have developed the TV series to entertain drama lovers with a horror-filled comedy series.

Unfortunately, Netflix has released only the first season of the series Daybreak. Two years have already been passed, and fans wonder when Season 2 of Daybreak is coming out. Well, before that, we need to answer the question – Will Daybreak get a Season 2? We are here to resolve your queries regarding Daybreak Netflix Season 2, so keep reading further.

Netflix released the first season of Daybreak on October 24, 2019. It had 10 episodes, each with a run-time of around 38-50 minutes. It received huge admiration from the viewers due to its new and unconventional storyline. Now, the season 2 daybreak release date is something that the internet’s drama lovers are constantly searching for.

Is Daybreak getting a Season 2?

Well, we don’t want to break your hearts, but the truth is that the streaming giant Netflix has canceled Season 2 of Daybreak. The series cancellation news came in December 2019, right after the release of its first season.

Why was Daybreak Season 2 Cancelled?

Aron Eli Coleite, one of the creators of the American series Daybreak, shared this saddening news regarding the series’ cancellation on Twitter. The reason for its cancellation is not very clear; however, it may be due to its low IMDb user ratings(6.7/10).

True Daybreak fans have initiated a petition requesting the renewal of the canceled series. Around 15,000 fans have already signed the petition with the hashtag ‘Renew Daybreak,’ and many more are signing.

Fans are highly disappointed with canceling a series that ended on a Cliffhanger. There is so much to bring out in the series, but the cancellation news spoiled everything.

Fans are trying every possible thing to bring their favorite teen drama series back. If they succeed in their efforts, we can have the following star cast in Daybreak Season 2.

Daybreak has a unique storyline that revolves around a teenage boy named Josh searching for his love interest, Sam. Josh’s search for his girlfriend follows many twists and turns. During the search mission, Josh Miller is accompanied by an unorganized group of weirdos and has to confront cheerleaders and Evil jocks.

It also depicts Josh’s face-off with suspicious Baron Triumph. Now, Season 2 will depict Sam Dean taking hold of the throne. So naturally, fans want to see how she will rule the Daybreak Universe and more.

The ending of the series on a Cliffhanger has dismayed the viewers. They want Daybreak to be renewed for the second season. We hope that the petition urging for Daybreak renewal will bring a positive response from the producers. We will keep updating this page with the latest news for Daybreak fans, so keep visiting it.

Did you watch the previous season of Daybreak? Let us know in the comment section.

Bookmark this page for further information and news regarding the show Daybreak Premiere Date.