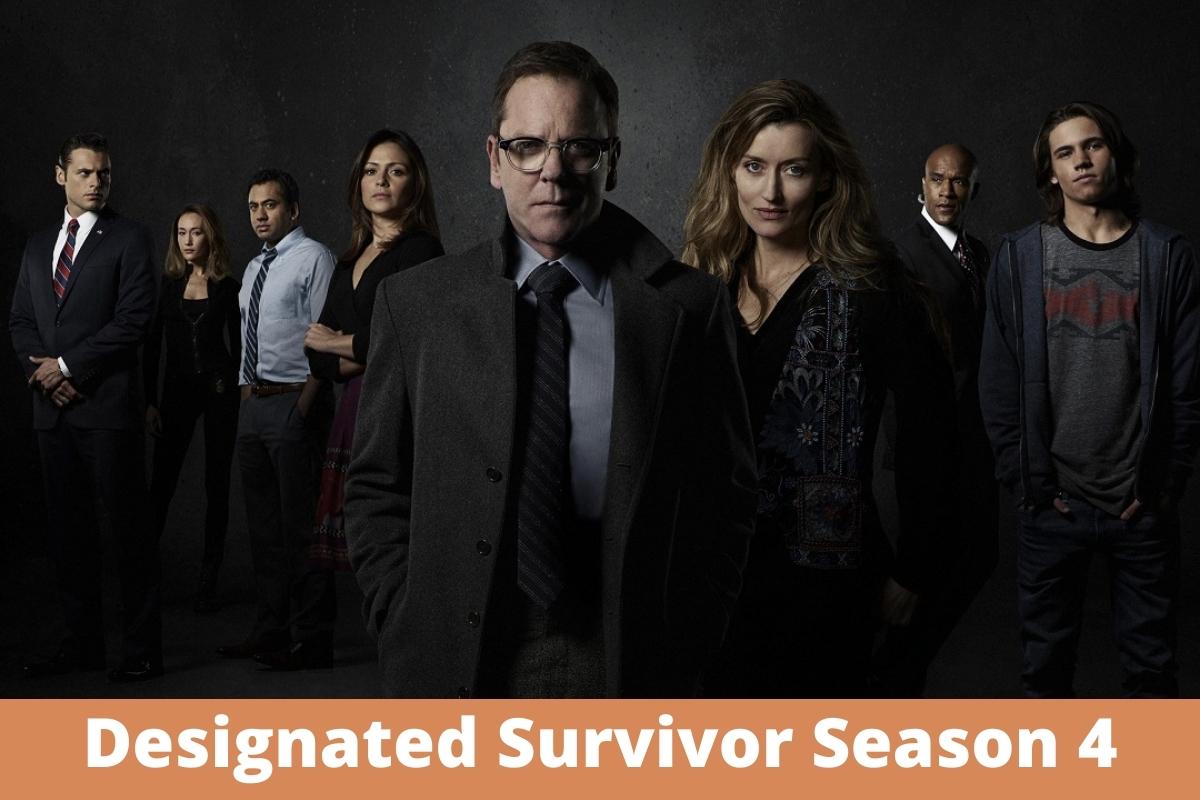 Designated Survivor is an ABC TV show about a political thriller. It made its debut on September 21, 2016. Although the first two seasons were broadcast on ABC, the third season was taken up by Netflix.

After two successful seasons, ABC decided to cancel the show because of a rating drop, but Netflix entered and saved it.

How would life be different if the United States Capitol Building was destroyed and the designated single survivor was sworn in the night as President? This show is about how the new President explores life, despite his immaturity and ignorance of what lies ahead.

The series, created by David Guggenheim, incorporates aspects of conspiracy thrillers, making it a fascinating watch. The show has taken similar to the viewers, which is why Netflix picked it up in the first place.

Critics have commended the show for its dramatic qualities and how the political thriller evolves throughout the season. The show has aired three seasons so far. Here’s all we know about the show’s upcoming season.

The third season of ‘Designated Survivor‘ launched on Netflix on June 7, 2019. We have some sad news for fans in the upcoming season. On July 24, 2019, Netflix confirmed the show’s cancellation.

While the announcement is undoubtedly disappointing, fans should continue to hope that the show will be picked up and revived by another network. While the probability of that happening is low, we will keep you updated on any updates about ‘Designated Survivor’ Season 4 on Netflix.

Must read: Killing Eve Season 4 Confirmed Release Date And Where To Watch Online

Designated Survivor has also been praised for the amazing performance of its outstanding cast. If another streaming network appears in the future, or if Netflix reverses its decision and season 4 occurs, the next cast may be seen in season 4.

Designated Survivor starts on the tragic night of the State of the Union address, when a bomb strikes in the United States Capitol Building, killing everyone inside. The President and his family, as well as all succeeding presidents, are killed in the blast.

The designated survivor is the Secretary of Housing and Urban Development. He is shortly afterward sworn in as President of the United States. He feels compelled to assume the responsibility despite his lack of experience.

Additionally, he is continuously concerned about the safety of his family. On the other hand, Kirkman has no idea what awaits him when he assumes the job amid a crisis.

Despite its obvious campiness, the show shows how effective and absorbing it can be. The story fulfills every expectation of a political drama, right down to the hesitant yet effective leader.

The emotions are occasionally exaggerated on purpose, but it all adds to a series that has enjoyed a very successful run on the network. Additionally, the show’s timing is extraordinary since it captures the anxiety and unease felt by the American public throughout the 2016 election.

Perhaps the series offers an odd answer to the aspirations and worries by really blowing apart the higher ranks of the American political system, allowing a candidate who is lovely but incompetent at power politics to govern the country.

It’s a romantic fantasy, but the thriller does an excellent job of packaging it, and we watch carefully as events unfold.

The show’s implications lie in its portrayal of the type of President the country desires during times of crisis. While viewers may agree with the President’s politics, a more nuanced criticism would question the unavoidable choice of a white male to lead the country, particularly in post-Obama America.

Netflix and the show’s production firm, 2D Entertainment, have a one-year deal with the show’s cast. Netflix canceled season 4 of the series in July 2019 due to contractual issues with the cast.

However, no formal declaration confirming this fact exists. We are merely providing you with information based on online rumors. It’s frustrating for viewers because Season 3 is not the series’ last season; many unsolved topics must be answered in the future season.

Nonetheless, the streamer is not authorized to reboot the series. However, the previous season ended on a cliffhanger with Lorraine attempting to monitor Moss’s phone while he was unaware of the virus plot.

We are aware that you have several unanswered questions regarding Lauren’s equation. Will she be apprehended? Or she can free herself from the alleged charges. On the other side, season 3 focused on President’s conversations with Dr. Louden.

He informed him that this is also a reality exposed in the season’s last episode. That is why audiences are eagerly awaiting the new season. However, they will not accept the fact that they will always be in the dark since Netflix has officially canceled season 4 of Designated Survivor.

Do you want Designated Survivor season 4? Tell us in the comments below! Please stay connected with us for more updates!