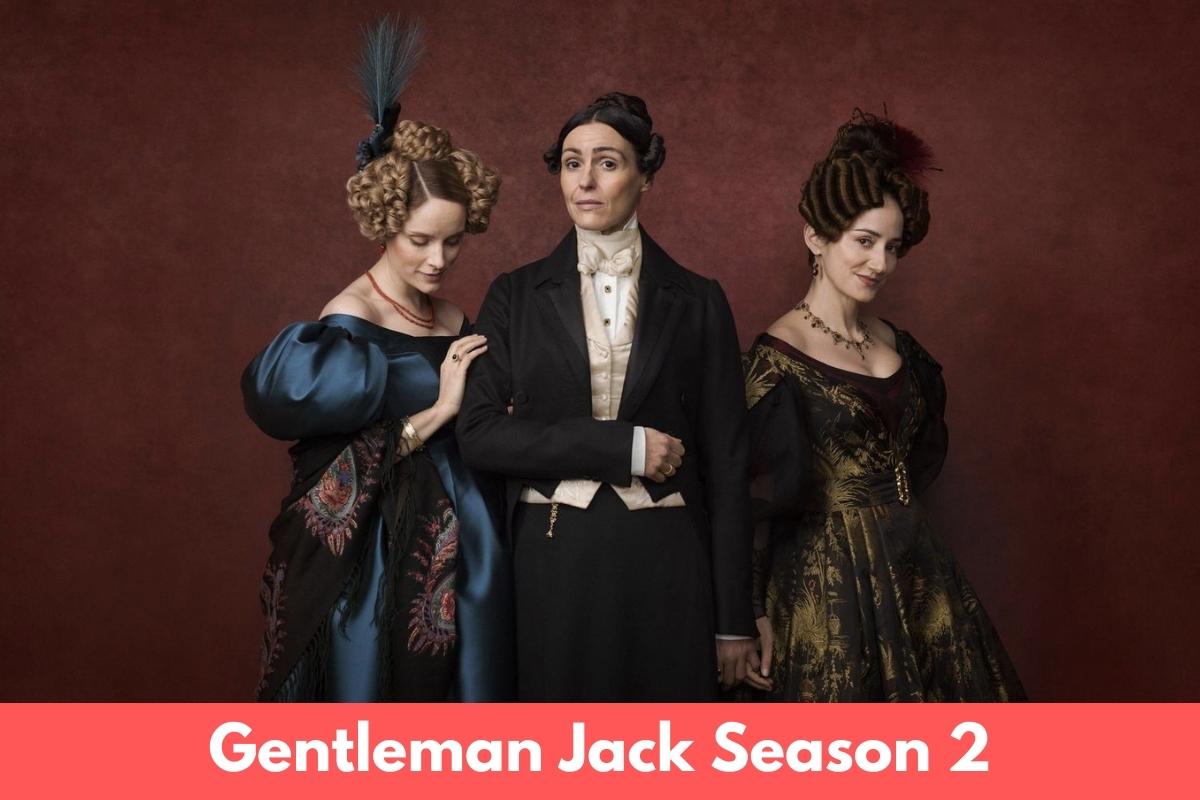 Good news for Surrane Jones starrer Gentleman Jack fans! Gentleman Jack Season 2 is not just confirmed, but you can now know its premiere date and the premiere time. In addition, Sally Wainwright’s drama series has won the TV Times Award for favorite drama and the Royal Television Society Award for Best Drama Series.

Season 1 got released on April 22, 2019, in the United States, while in Australia and the United Kingdom, it premiered on May 19, 2019. The series received tremendous appreciation from the drama audience, evident from an average IMDb user rating of 8.3 out of 10. Now, Season 2 Gentleman Jack series is much awaited.

April 10 is the date, and 9 pm is the time. So be ready to make your Sunday memorable with BBC One & iPlayer. With the release date for the premiere known, fans are excited and ready to welcome their favorite drama’s Season 2 with all enthusiasm. Although the date for its release in the United States is not known, HBO said it to be in April only.

The Cast for Season 2, Gentleman Jack, has been confirmed by the producers. Some highly skilled and competent actors have joined hands to deliver a masterpiece full of excitement and drama. Let’s have a look at the excellent Cast for Season 2.

The Gentleman Jack Season 2 Trailer is out! Yes, it is a standard-length trailer by BBC providing a peek into the Season 2 storyline.

The small trailer tells a lot about the plot for the second season. The clip shows how life gets tough for Anne and Ann when they start living at Shibden Hall, fall prey to the gossipers, and how Anne’s ex-lover spoils their happy Europe Tour.

Season 1 of Gentleman Jack Season 2 ended with the marriage of Anne and Ann. Now, Season 2 will portray their lives together as a couple after they get shifted to Shibden Hall. But unfortunately, the Lesbian couple’s life is not a relaxing or peaceful one. But on the contrary, it is full of disagreements and arguments.

The intervention of Anne’s former lover will make the situation worse. Season 2 will deal with their struggles, life disturbances, disputes, and some amazing bold stories having a touch of love. Moreover, the series will not only deal with the debates and discourse on coal mining on Lister land but also provide for the need for a revolution in the industrial sector. Therefore, many things will unfold during the premiere of the second season.

The Series’ star, Sophie Rundle, took to Instagram to show her happiness and excitement for Season 2. The filming for season 2 faced a slow-down due to the pandemic and lockdowns, but finally, it got completed after an entire year of hard work. Season 2 is now all set to release!

Fans are excited for Gentleman Jack Season 2 Premiere. Season 1 of the series was a massive hit and ended on a cliffhanger. The same is being expected with the second season. No doubt, excitement for its release is much higher than for Season 1.

We have covered almost everything for you in this article concerning the Gentleman Jack Season 2 release date 2022 and will keep updating the information with the upcoming news. Keep checking it frequently and bookmark this page.

Did you watch Gentleman Jack Season 1? You can write your views in the comments how you find that!