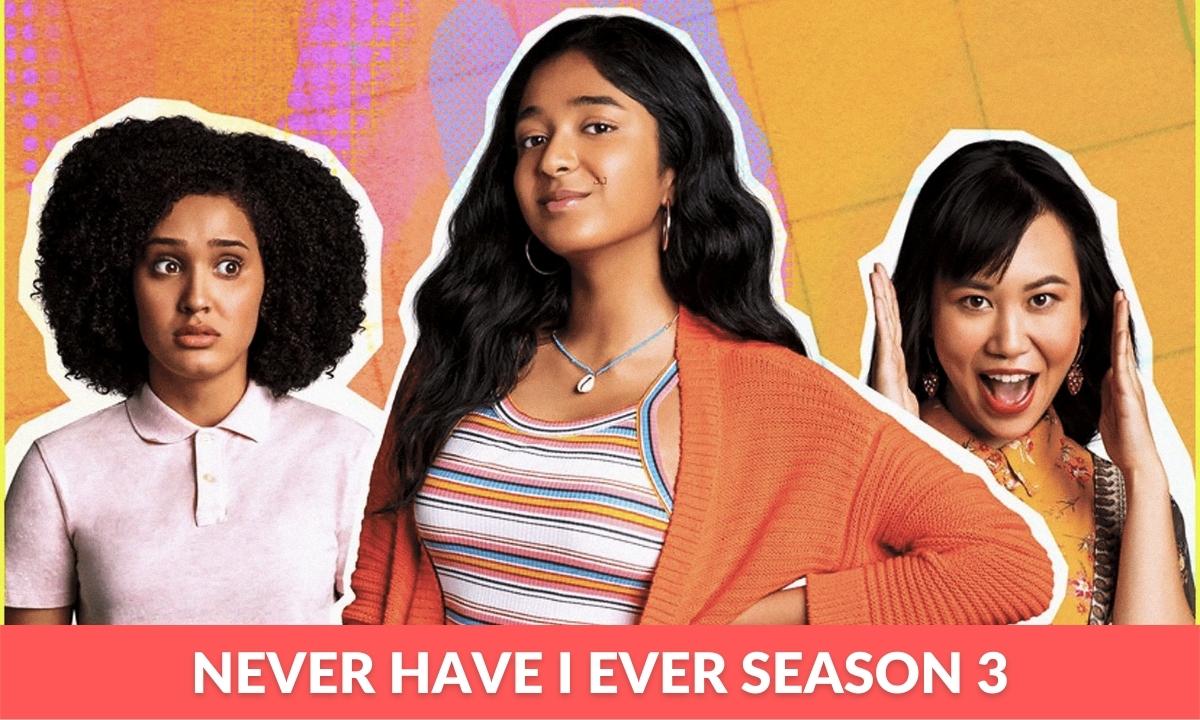 The third season of “Never Have I Ever” on Netflix begins with Devi’s wish coming realized. She had a long-standing infatuation with Paxton, and now, after all the ups and downs, misunderstandings, and conflicts, they finally enter Sherman Oaks hand-in-hand.

Devi loves her new position as the girlfriend of the school’s most popular lad, and things are finally coming together for her. However, this position comes with its challenges.

As the plot progresses, Devi must come to terms with several issues and make crucial decisions on her future. What occurs at the end of the third season and what it implies for Devi are discussed here.

Never Have I Ever Season 3 Release Date

Never Have I Ever Season 3 Storyline

Devi and Paxton are dating, and the entire school knows this fact. Everyone is talking about them, and although this would have previously made Devi happy, it becomes an issue when she realizes that others can’t believe Paxton could date someone like Devi.

Jealousy fuels Devi’s actions, which ultimately destroy her relationship with Paxton. In the meantime, Kamala attempts to persuade Pati to permit her to date Manish, Devi’s schoolteacher.

Nalini makes a new acquaintance in Rhyah, whose son Des is attractive to Devi. They are quite compatible with one another. Des is also the ideal blend of intelligence and attractiveness, leading Devi to believe that her hunt for the ideal lover may be over.

However, things are never so simple with Devi Vishwakarma. In the meantime, Fabiola and Aneesa discover new affections for one another, Eleanor and Trent take their relationship to the next level, and Ben still holds feelings for Devi.

Never Have I Ever Season 3 Ending

As if two romantic interests weren’t enough, Devi pursues the third man in the third season. Des is everything Devi has ever sought, and he is an Indian American makes him ideal.

Des visits shortly after her breakup with Paxton to make her feel better. They develop an instant connection, and despite a few obstacles along the road, they finally become a couple.

Unlike Paxton, Devi has no difficulty with Des. Being at different schools helps her to maintain the necessary distance for a successful relationship. She does not observe him hanging out with hotter and more attractive women. Thus, she is never envious.

This is also a new beginning, as Des does not know anything about Devi’s time in a wheelchair, and she has no motive to date another man while dating Des. The blank slate and the fact that Des is the ideal balance of the qualities she sought in Paxton and Ben helps everything go very well.

However, Rhyah, the mother of Des, does not want her son to become entangled in Devi’s “too many” difficulties. Rhyah views Devi’s ongoing grief at the death of her father as a symptom of mental instability.

She does not want Des to become involved in Devi’s drama, especially during his final year of high school, which will determine his future. Des is forced to split up with Devi since he cannot go against his mother, despite his strong feelings for her.

Devi is again separated by two individuals, allowing her to take a step back and examine herself.

Her therapist explains at the beginning of the season that she can’t find pleasure elsewhere if she isn’t happy with herself, and she begins to realize that. Interestingly, one individual has been a continuous presence in her life during these turbulent times. Ben.

Ben always had a warm place for Devi, despite being in a relationship with Aneesa. He remains her buddy even when she breaks his heart by choosing Paxton over him.

Throughout the whole season, despite his scheduling issue, he looks out for Devi at every step. Even though he keeps his sentiments to himself most of the time, he is concerned about her. However, this has no positive effect on his relationship with Aneesa, who splits up with him when she sees he has not gotten over Devi.

Ben looks to be Devi’s only option when Paxton and Des are eliminated, and it turns out that he was the greatest alternative all along.

Ben mocks Devi as she laments that she is still a virgin by stating that he will give her “one free boink” even if she is on her deathbed. She holds him to his word when she comes up at his door. Her narrative began with her desiring to lose her virginity, and she now feels prepared to do so with Ben.

After all that transpired, it is reasonable that Devi would find things simpler with Ben. While she felt pressure to please Paxton and prove herself worthy of him, she had always felt at ease around Ben.

She never had to conceal herself, feel guilt, or even question who she was. Ben had not only witnessed her struggles, but he was also more tolerant of her.

She had been seeking someone to accept her for who she was, and now she realizes that Ben has been there the whole time. In conclusion, when she knocks on his door, it appears that they may be together without the presence of any other crush.

Never Have I Ever Season 3 Trailer

Check the Never Have I Ever season 3 trailer below:

Where To Watch Never Have I Ever Season 3?

Never Have I Ever Season 3 is available to stream on Netflix.