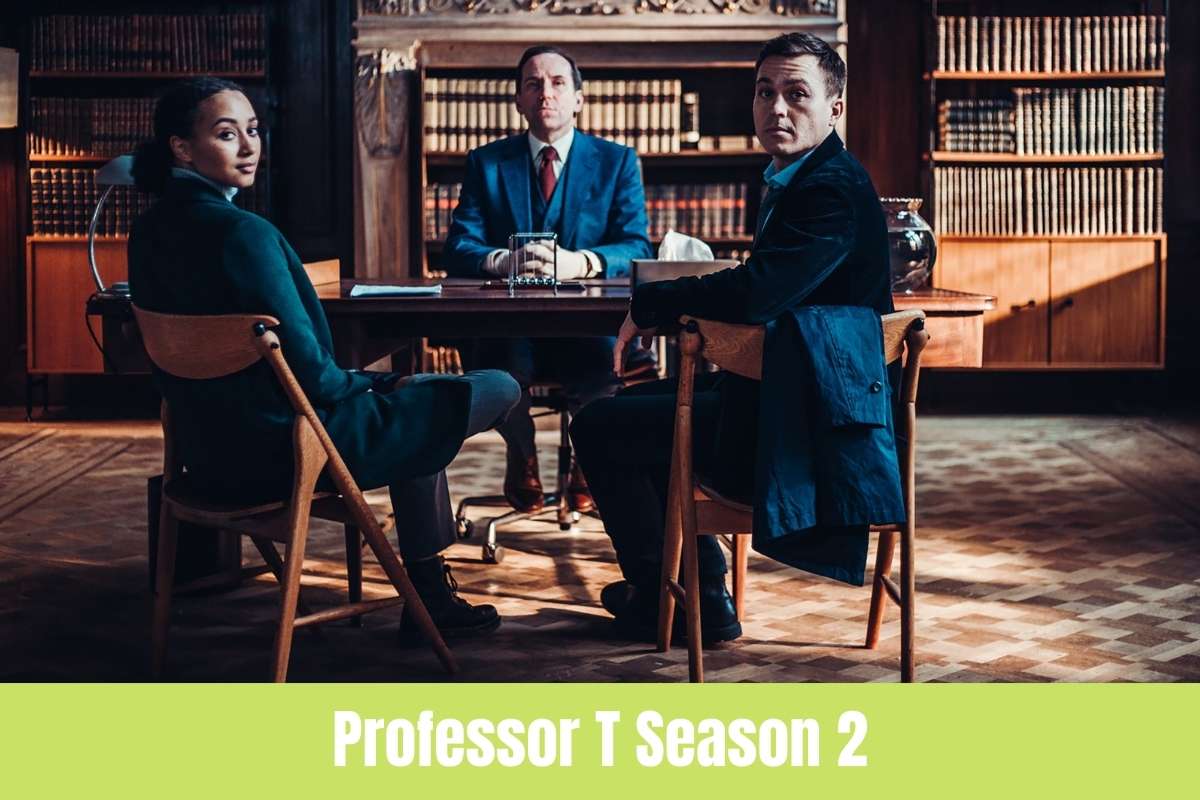 The first season of Professor T concluded in August, and there were strong expectations that ITV would continue the criminologist’s escapades.

The show, a remake of the Belgian serial, was a success, so a second season seems inevitable, right? The good news is that it is returning for a new season.

Ben Miller from Death in Paradise portrays the Cambridge lecturer and part-time investigator in the episode. Lisa Donckers, a former student, persuaded the Professor to help the police, which sparked the Professor’s adventures (Emma Naomi).

Miller is returning in the starring role, and the second season is anticipated to go deeper into his troubled background than the first did through flashbacks.

We are eager to see more of the growing relationship between Lisa and Dan Winters, whom Lisa snubbed in episode five. Here is all you need to know about the second season of Professor T.

Now that the second season of Professor T has been announced, there will be a bit of a wait. ITV has stated that filming would not begin until the spring of 2022, so it is doubtful that we will see it until the end of next year – at least we know it’s coming!

We anticipate that the series will premiere on BritBox before showing on ITV around two months later (following a pattern established in season one), but we’ll keep you posted if we learn more.

Miller commented on the renewal, stating, “We are tremendously thankful to the ITV and PBS audiences for embracing Professor T.

We are busy designing a second season that is even more eccentric and uplifting. Expect more perplexing murders, more breathtaking landscapes, and some answers to the most interesting enigma of all: what, precisely, about the Professor’s background makes him tick?”

The six-part crime thriller revolves around Professor Jasper Tempest, a brilliant criminologist with OCD from Cambridge University who unintentionally becomes a police consultant.

When Diana Tyson (Elizabeth Kate Back) is assaulted on the university campus, the first episode will see the Professor reluctantly drawn into a police investigation.

When Detective Inspector Lisa Donckers observes that the attack is very similar to one that occurred years before, she becomes suspicious. She concludes that the Professor is the ideal suspect to solve the crime.

Even though he might be a great addition to the police department, those who do not know him well struggle with his behavior, and Donckers’ plan to recruit him will not be unanimously supported.

In addition, Professor T is prone to daydreaming, has little interest in crime outside of his studies, and is accompanied by his overbearing mother, so unraveling the puzzles will not be easy.

The second season of Professor T has not yet had a trailer; however, we will keep this page updated with any clips or trailers. Check the season 1 trailer below: