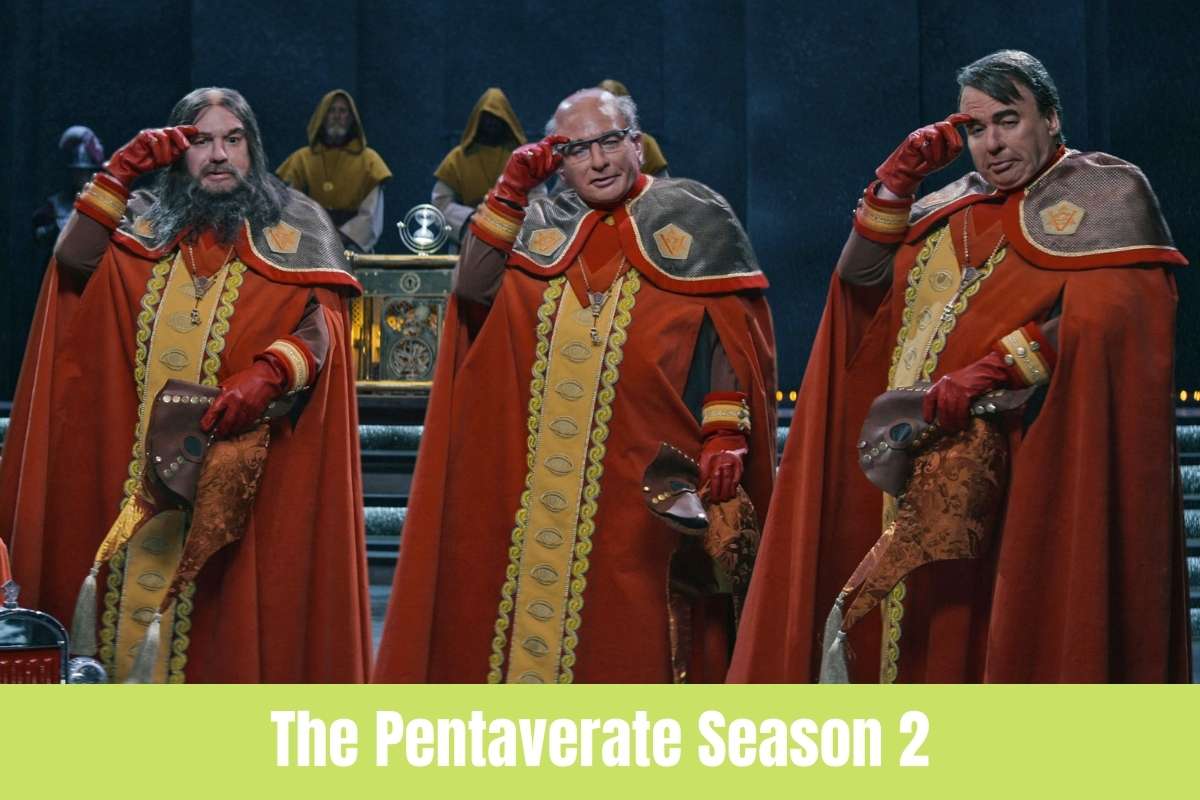 The comedy series ‘The Pentaverate’ on Netflix chronicles the exploits of an old-fashioned Canadian reporter, Ken Scarborough, as he becomes entangled with an ancient order that governs the planet.

The journalist was searching for a landmark article when an all-powerful organization abruptly confronted him. The world’s destiny falls on Ken’s shoulders due to an ongoing power struggle within the leadership of The Pentaverate.

The conspiracy-based series created and conducted by Mike Myers is a treasure mine for fans of the actor’s brand of comedy. Critics have also noticed Myers’ (as eight characters!) engaging performances on the show.

Season 1 concludes on an extraterrestrial note; will there be more? Here is all you need to know about the second season of ‘The Pentaverate.’

On May 5, 2022, the first season of the darkly comedic drama series starring Michael Myers debuted on Netflix.

Regarding the possibility of a second season of The Pentaverate, Netflix has not yet made an official declaration. Netflix’s practice of waiting some time before renewing a show depending on its performance is not new.

Meanwhile, the titular secret cult, The Pentaverate, disintegrated, and its members committed suicide as part of a complex “self-destruction” ritual. A new group called The Septaverate replaced it.

Reilly and Patty are responsible for forming The Septaverate, a new secret organization. Ken Scarborough has joined the team as Kentor, the all-seeing cybernetic creature whose counsel is sought by The Septaverate.

After surviving a fall into a bottomless hole, Bruce Baldwin presently sips beverages on a gorgeous beach. Given that he loses his authority, it wouldn’t surprise me if, in Season 2 of The Pentaverate, he hatched a new plot to take over the world.

The Pentaverate is a fictitious organization; even in the Netflix show’s universe, most regular people are ignorant of the existence of the secret club.

The Meadows, an annual summit in Switzerland when the five members of the Pentaverate meet the most prominent individuals in the world, is discussed. The gathering is similar to the annual Davos summit. This event is held annually in Switzerland and draws global decision-makers.

So I Married an Axe Murderer, a 1993 film by Myers, inspired the title of the secret organization in the Netflix comedy series. In the film, Charlie’s father asserts that they meet three times every year in a hidden Colorado home.

The series focuses on conspiracies and secret organizations in general. It also addresses real-world ideas regarding the existence of the Illuminati.

The season 2 trailer has not been disclosed yet. You can check the season 1 trailer here:

Where To Watch The Pentaverate Season 2?

The Pentaverate Season 2 will premiere on Netflix. Season 1 is also available to stream on Netflix.