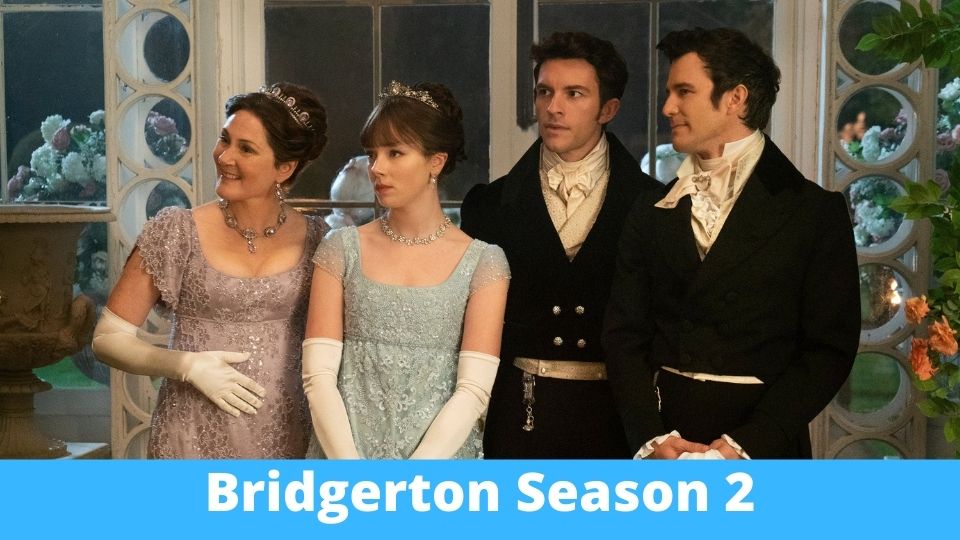 Many viewers questioned how Netflix would succeed in adapting the romance books industry into the complicated world of streaming. For Julia Quinn and Bridgertons fans, it was almost like bringing together ships passing in the night – two entirely different worlds.

But now, two years later, it’s clear that Netflix made a compelling choice in selecting its first original project because not only did it drive record levels of viewership but also garnered widespread approval from viewers.

As soon as its first season had been released, the streaming platform announced that it would be bringing back Bridgerton for a second one.

To give you an idea of just how successful this series is, Netflix’s crown jewel in terms of its TV shows even renewed it for two additional seasons and gave out a series order for a spinoff project that will air after these new seasons’ premieres.

Has Bridgerton been renewed for a second season?

However, the wait is over for all the fans of Bridgerton, as the future looks quite promising for the Bridgerton family since its upcoming second season has already been guaranteed a successful reception in 2022.

So, the fans everywhere have been eagerly awaiting confirmation from Netflix of when the online streaming service will be releasing fresh episodes of Bridgerton season 2.

While on 21 January 2021, Netflix has confirmed that the popular British drama series, Bridgerton, would be renewed for a second season, and not only that, even Netflix also confirmed season 3 and season 4 as well. But, here, what is not clear? The shooting of these seasons.

The show completely wrapped up its second season in the month of November 2021.

Netflix was not able to release Bridgerton season 2 on Christmas Day, much to the disappointment of fans all over the world.

While no specific reasons were cited, it’s assumed that maybe they just needed a bit more time in post-production to make sure everything was up to par.

Instead of making fans wait for an indefinite amount of time, Netflix surprised everyone by announcing the official release date via social media and asking them to put their lives on hold until 25 March 2022.

There will be a second season of the popular historical fiction drama series, Bridgerton, as confirmed by Netflix itself, and this announcement was made with the following video teaser that was shared by Netflix in late January 2021.

Netflix took the opportunity of Valentine’s Day (14 February) to release the official teaser of the most awaited drama series, Bridgerton Season 2, and here’s the teaser below:-

Bridgerton, along with their fans, are feeling a bit left out. It feels like the author decided to get a lot of things done except for one: finishing the book.

While every reader can acknowledge that life is always too short to be reading, it also seems that Bridgerton need not have been left forever wanting by Clemens himself.

In short, all the fans are eagerly waiting to know what will happen next.

The primary focus of the first season was on the relationship of Daphne Bridgerton, Duke, and Simon Basset. They are only one small part of the Bridgerton universe, as the story is meant to explore the lives of all eight Bridgerton children in all their complications.

In fact, Season One is only a sliver of the whole family history detailed in these novels, and fans have been thrilled to have a chance to delve into a whole world of unknown stories.

It implies that for the second season of Bridgerton, there is an endless amount of narration.

Anthony Bridgerton was the main character in the first book of the series and played the part of a lovable troublemaker. He was well-known for his romantically forward antics towards women that he’s infatuated with.

He often gets caught up in scenes where he’s located on one side of an open doorway, letting himself be seen by listeners on the other side as he expresses feelings of desire towards a specific girl.

So, the upcoming season will be based on the next book, “The Viscount Who Loved Me.” This follows him into married life and details how deeply passionate his love is for two people: his bride-to-be and Kate Sheffield, her older sister.

In Bridgerton Season 2, the main characters will get changed. Yes, we are talking about Daphne (Phoebe Dynevor) and Simon Basset (Regé-Jean Page).

What’s going to be re-airing? The two were last seen happily making babies at Clyvedon Castle, with Daphne looking like a new woman having progressed from her origins as Daffyd, a teenager desperate for love. I’m sure you’ll all agree that she deserves her happiness.

While there will be many other cast members in the second season, such as Simone Ashley and potentially Jonathan Bailey (Anthony Bridgerton), whose potential bride Kate Sharma, whom we all look forward to seeing featured throughout the coming months.

In Bridgerton Season 1, we have already seen that Edwina Sharma played Kate’s sister role and not only that, she also played a significant role in the love story of Anthony.

However, in Bridgerton Season 2, the above-mentioned roleplay will be played by the newcomer Charithra Chandran.

Apart from this, Shelley Conn will appear in this season as Lady Mary Sharma, and Calam Lynch will play the role of Theo Sharpe, the rebellious printer’s assistant.

Here below we have mentioned all the Bridgerton books in sequence:-

In a new interview with TV Line, Van Dusen hinted that the highly popular lady is always informed about the latest gossip, and viewers will be able to get a sense of how things happen behind the scenes. He also mentioned that by force, Eloise would become available romantically in this season.

Moreover, for Bridgerton season 2, Julie Anne Robinson is once again listed as director. And for this show, we could see up to eight seasons on Netflix, as hinted by Chris Van Dusen.

For further updated and Read more articles like this on regaltribune.com

Rhodes To The Top Season 2 Release Date Updates: Here Is Everything We Know So Far