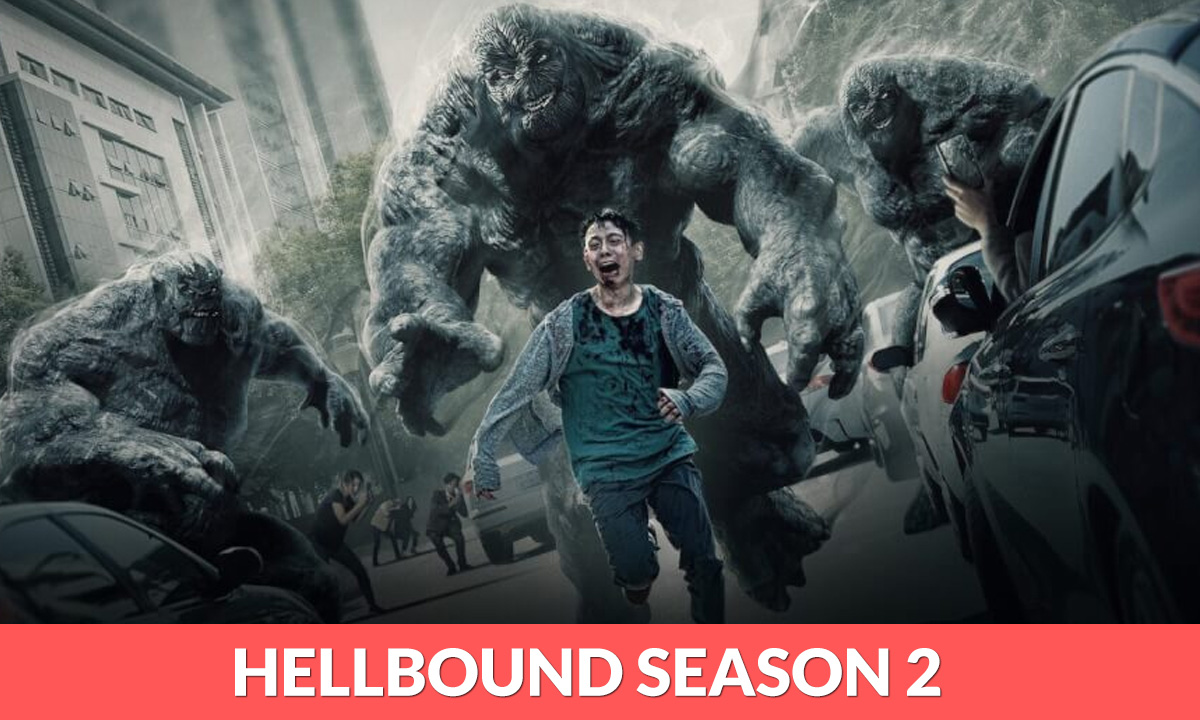 The Hellbound television series results from a webcomic of the same name that has been adapted into a thrilling series. A small group of individuals lives in a world where they receive ominous visions that tell them just when they will die, down to the minute, and that they will die.

As soon as the individual has reached the point of no return, three gray monsters who look like the Hulk appear and kill them, taking their souls down to Hell in the process.

There was much love for the series among the audience, and it was also shown at the famous Toronto International Film Festival in 2021 and was the first Korean drama to be screened there. We have mentioned all the details regarding the series and discussed some details about the Hellbound season 2 release date.

In November of 2021, the streaming service launched its platform’s first season of ‘Hellbound.’ During that season, there were only six episodes, and they were all packed with action and were sure to leave viewers wanting more.

During that season, there were only six episodes, and they were all packed with action and were sure to leave viewers wanting more. The second season of ‘Hellbound’ could be released by the end of 2022 if this happens. Hellbound is one of the most anticipated series of Netflix.

After that surprise ending, Kim Shin-rok seems to be well on her way to reprising her role as Park Jeong-JA in season two, and she may even be taking over as the lead in the series.

It is also hoped that Kim Hyun-Joo, an outstanding star of the first season, will also return to reprise his role as Min Hye-jin, the attorney turned badass who propelled much of the series’ main narrative forward during those first six episodes.

There is still a tiny chance that Yoo Ah-in, despite all the deaths claimed in the first season, could return to his role as Jeong Jin-soo, albeit through flashbacks or some supernatural means.

There is no doubt that this is an improbable scenario. Still, there was a lot of importance attributed to the creepy leader of the “New Truth Society” during Hellbound’s first season, so we would love to see more of his storyline before he took over the presidency.

After a meeting with Chairman Kim of the New Truth Society, it was decided that they needed to isolate the mother and her baby so no one would be able to find out that those without sin could still become hellbound if they were ever exposed to it.

It’s a good thing Min Hye-jin stepped in and channeled Daredevil in the best possible way when she kicked cult ass in the hallway outside the apartment building.

Once the rescue has been completed, Min goes to a safe house and smuggles the family away safely. It is not an uncommon occurrence for people to be misled by a man, unaware that the one they are trusting maybe Lee Dongwook, the crazy YouTuber who used to preach the cult’s gospel online when the decrees first started happening.

It is not uncommon for people to be misled by a man, unaware that the one they are trusting may actually be Lee Dongwook, the crazy YouTuber who used to preach the cult’s gospel online when the decrees first started happening.

The New Truth Society then held a meeting with Chairman Kim, at which it was decided that the mother and her baby must be isolated so that nobody could find out that people without sin could still end up in Hell.

The official trailer for ‘Hellbound’ Season 2 isn’t available yet, and Netflix hasn’t confirmed anything about the show’s renewal for Season 2.

Until then, you can enjoy watching the trailer for the first season of “Hellbound,” which we have mentioned below.

Where To Watch Hellbound Season 2?

Originally produced as a webtoon by a famous Korean webtoon writer and director, Yeon Sang-Ho, Hellbound is a Netflix Original based on a popular South Korean webtoon, Hell.

Regarding K-Drama releases on Netflix, it is already one of the two most extensive series, second only to the worldwide phenomenon of Squid Game, which was released in 2021.

There is a good chance these threads will be carried forward into a second season. If it uses the same characters or switches perspectives to convey the idea that there are monsters and gods in this alternate universe of ours, it could bring the story to a deeper level.

One of Us Is Lying Season 2 Release Date, Cast, Plot, Trailer & More