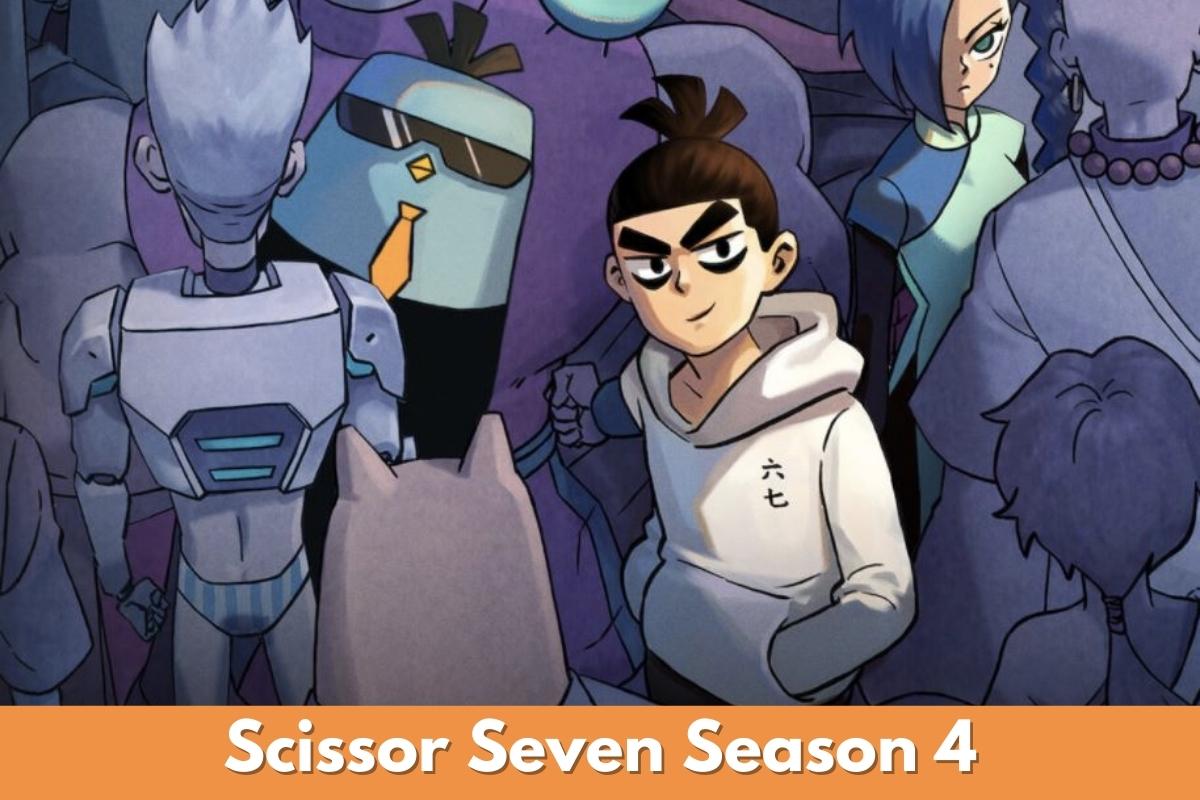 Scissor Seven is an animated anime about Seven, an amnesiac hitman who is terrible at his profession and frequently finds up assassinating the wrong person.

He worked as a hairdresser throughout the day to settle his debt and is quickly trying to recover his memory. His mission to restore his lost history frequently places him in risky situations, but the humorous hero always finds a way out despite his limited powers.

Since its April 25, 2018 launch, the assassin’s amusing exploits have amused audiences worldwide.

The action-packed series has amassed a huge worldwide fan base and gained critical acclaim for its humorous and compelling storyline.

After the third season concludes, fans wonder whether they will see their favorite characters again. If you’re wondering the same thing, we’ve got you covered.

Fans of the show question, “when will season 4 of scissor seven come out?” Well! Scissor Seven has not yet been confirmed for the fourth season. Additional seasons may be added in the future, according to a WeChat post by director He Xiaofeng.

Additionally, the director mentioned that the anime might run for ten seasons before coming to a finish.

Additionally, since Scissor Seven Season 3 ended on a cliffhanger and the show’s fame domestically and abroad, it is most likely to be renewed for a fourth season, and Scissor Seven Season 4 may eventually see the light of day. Nevertheless, without a formal announcement, we have to wait and see the future of the series.

Even if Scissor Seven gets renewed for a fourth season, fans may expect a lengthy wait. Typically, the show is not available on Netflix until broadcast in China.

According to the show’s timetable, it should premiere in China in 2022 and then on Netflix in 2023. However, this is a rough estimate; the ultimate choice rests with the manufacturers.

Other cast members that may return include:

Thirteen awakens from an unsettling dream about her life in the season 3 finale, which brings her to tears. However, before she can dwell on her history, she becomes conscious that Seven has gone missing. She quickly decides to defend her friend and starts in search of him.

However, by the time Seven tries to find him, he is in critical condition. The protagonist fights the effects of black ice poison, gradually robbing him of his valuable memories and weakening him.

Manjusaka, Blackbird, and Shimen have resolved to eliminate Seven, leaving just Thirteen stands in their way. While Manjusaka watches, she engages in a bloody duel with Blackbird.

Thirteen, fortunately, compensates for her talents being outmatched by the enemy and defeats him with the strength of Thousand Demon Daggers.

Seven, regrettably, finds himself in a pickle as the black ice poison rapidly spreads. It took him a long time to acclimate to his new environment on Chicken Island and establish friends. If the protagonist’s memories begin to disappear, they confront an unclear future.

Furthermore, even after Thirteen beats, Blackbird in an epic battle, Manjusaka and Shimen’s future move is unknown.

The forthcoming season is expected to address these two points, and fans will hope that Seven survives the worst effects of black ice poison and can resume his humorous antics.

As of now, the anime has not been renewed for a fourth season. As a result, it will be long before we see an official trailer. In the meanwhile, here is the official season 3 trailer.

Where To Watch Scissor Seven Season 4?

Season 4 will be aired on Netflix. Scissor Seven’s first three seasons are available to watch on Netflix now. So, go and check out now!

Do you want Scissor Seven season 4? Tell us in the comments below! Stay tuned with us for more updates on TV series and shows!