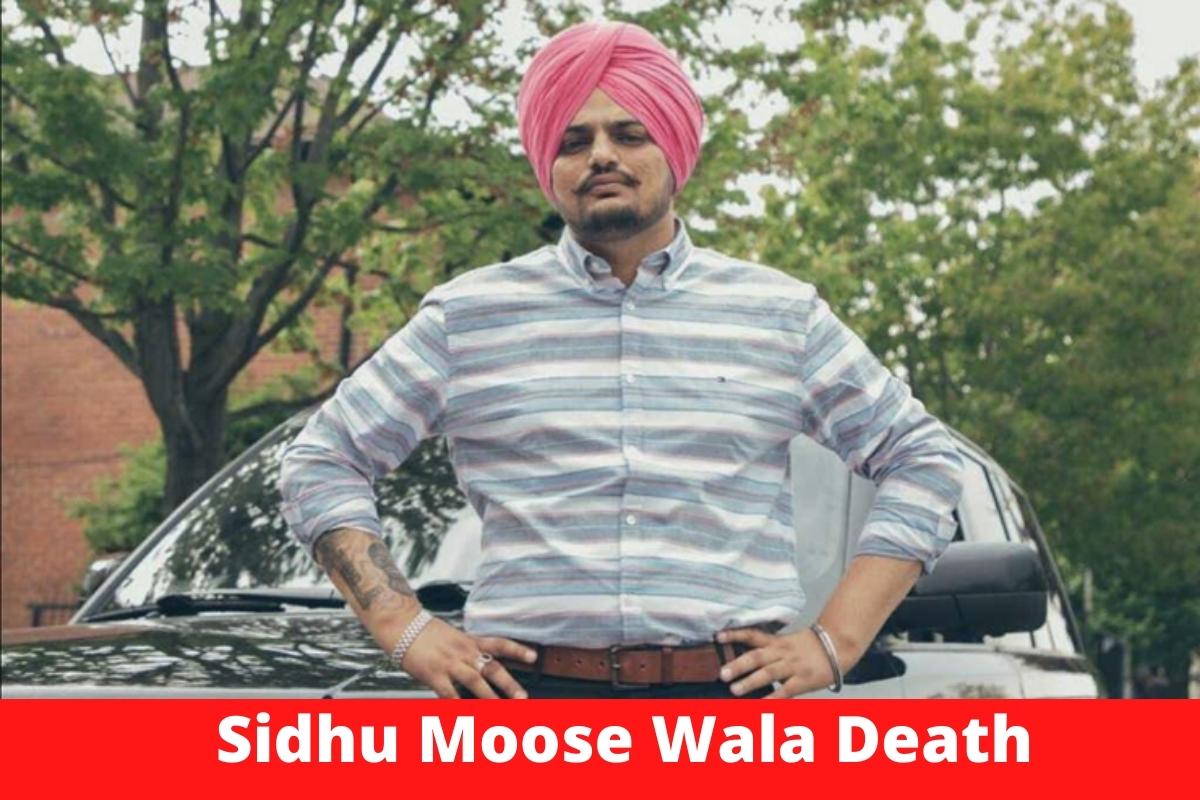 Sidhu Moose Wala, a popular Punjabi musician and rapper who had joined the Congress before the Punjab elections, was shot and died.

Moose Wala ran for the Assembly on a Mansa-based Congress platform. Dr. Vijay Singla of the AAP defeated him by 63,324 votes. Moose Wala, a resident of Moosa, a hamlet in the Mansa region, joined the Congress amid considerable hoopla in November of last year.

With Congress handing him a ticket from the Mansa Assembly constituency, the then-serving Mansa MLA, Nazar Singh Manshahia, said he would oppose the controversial singer’s candidacy.

On Sunday, Congress politician and Punjabi artist Sidhu Moose Wala was killed in a shooting incident in Jawaharke in Mansa district.

According to accounts, two people were hurt during the altercation in which more than thirty shots were discharged. Moose Wala was taken in a serious condition to the Mansa municipal hospital, where he was pronounced dead.

The event occurred one day after the Punjab Police ordered the removal of protection for him and more than 420 other individuals, including former MLAs, Jathedars of two Takhts, heads of Deras, and police personnel.

In December of last year, the 29-year-old musician joined the Congress and unsuccessfully ran in the Punjab elections of 2022 on a Congress ticket from the Mansa district.

Congress expressed its condolences, stating that Moose Wala’s “murder” was a horrible blow to the party and the nation. “The murder of Shri Sidhu Moose Wala, a great musician and Congress candidate from Punjab, has come as a severe shock to the Congress party and country.

The murder of Shri Sidhu Moose Wala, Congress candidate from Punjab & a talented musician, has come as a terrible shock to the Congress party & the entire nation.

Our deepest condolences to his family, fans & friends.

We stand united & undeterred, at this time of extreme grief. pic.twitter.com/v6BcLCJk4r

We extend our heartfelt sympathies to his family, friends, and fans. We are together and undaunted in this moment of great sorrow, as stated on the party’s official Twitter account.

The civil surgeon at Mansa hospital stated that Moose Wala arrived at the institution already deceased, while the other two patients were sent to another hospital after receiving first care.

“Three individuals were carried to the hospital, but Sidhu Moosewala was already deceased. The news agency ANI reported Dr. Ranjeet Rai as stating, “The two injured have been sent to a higher facility for further treatment after receiving first care.”

Punjab and Punjabis throughout the globe have lost a gifted performer with wide appeal who could feel the pulse of the people. My deepest sympathies to his family and followers across the globe.”

Brutal murder of Sidhu Moosewala is shocking. My profound condolences to the bereaved family.

Law and order has completely collapsed in Punjab. Criminals have no fear of law. @AAPPunjab government has miserably failed. Nobody is safe in Punjab!

“We have warned the Punjab Government to pay attention to the situation in Punjab. Sidhu Moosawala was killed due to Bhagwant Mann’s neglect of his duty as chief minister.

I demand that an FIR be filed against Bhagwant Mann. “Both Bhagwant Mann and Arvind Kejriwal should be arrested,” stated Manjinder Singh Sirsa.

Who is Sidhu Moose Wala?

Shubhdeep Singh Sidhu, also known as Sidhu Moose Wala, was born on 17 June 1993 and hailed from the Moose Wala hamlet in the Mansa region. Rapper Moose Wala has millions of fans and is known for his music.

Moose Wala held an electrical engineering degree. He had studied music during his undergraduate years before relocating to Canada.

Sidhu Moose Wala was also regarded as one of the most controversial Punjabi musicians due to his open promotion of gun culture and glorifying criminals in incendiary songs.

This evening, while on his way to see a friend in his hamlet, the singer was pelted with gunshots while protected by only two armed guards.

The VIPs whose protection was reduced in the most recent round were retired police officers and religious and political figures. 184 former ministers, MLAs, and private protectees had their protections revoked by the state government before. The security of 122 former ministers and legislators was revoked one month earlier.

The Aam Aadmi Party (AAP) Punjab administration has been criticized for making public its plan to revoke the protection of VIPs.

Moosewala’s death, according to BJP politician Manjinder Singh Sirsa, is the outcome of the “nasty” tactics of AAP leaders Arvind Kejriwal and Bhagwant Mann. Yesterday, he said that he had warned that the exposure of the names of VIPs who had lost their security protection would leave them vulnerable.

He tweeted, “@ArvindKejriwal and @BhagwantMann are accountable for the horrible murder of #SiddhuMoosewala, whose security was removed yesterday.”

After yesterday’s announcement of the state government’s decision, Mr. Sirsa requested penalties against those responsible for leaking the identities. “First, you removed their security, and then you exposed them by exposing their names!” he had tweeted.

The head of the Akali Dal, Maheshinder Singh Grewal, criticized the AAP administration for its decision to reduce the protection of VIPs and then make this information public.

Congressman Charan Singh Sapra demanded an explanation from the state administration and the governor as to why Moose Wala’s security cover was revoked. “The government must respond,” he said on NDTV.

Moose Wala joined the Congress in December, months before the Punjab Assembly elections. He ran for election in Mansa but lost to AAP’s Vijay Singla, who was recently ousted from his position as minister due to bribery charges.

Read more: Guy Fieri Controversy And No One Seems To Be Talking About It